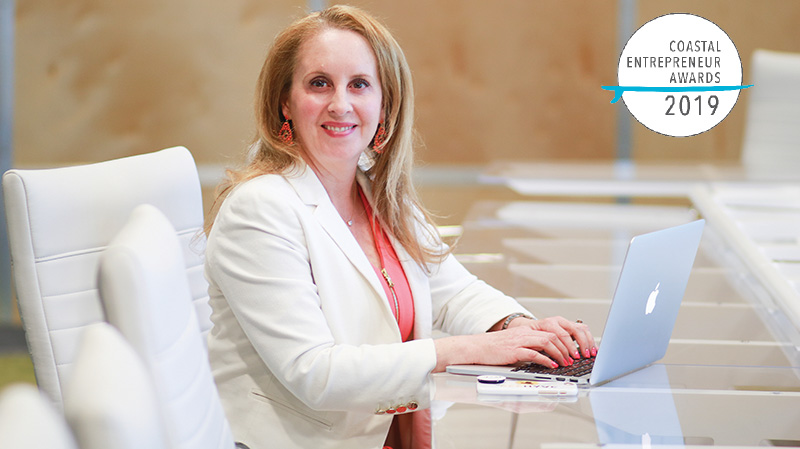 Internet-Related CATEGORY WINNER | MYBEEHYVE JENNIFER TURNAGE, CEO & co-founder | YEAR FOUNDED: 2017 | EMPLOYEES: 2 (3 part time) | Photo by Terah Wilson
While myBeeHyve’s contact management product initially started out as a solution to a personal need identified by its founders, it now reflects what the community and its users desire from the platform, officials say.

The founders of myBeeHyve decided to develop a solution that would help women like them, Turnage said.

myBeeHyve is a contact management system where users can manage contact lists, get reminders on follow-ups and other tasks and track activity history for contacts.

The platform serves people in many industries.

“Along the way we found that there were people outside of network marketing that were starting to use the product – so real estate agents, people who are independent contractors or consultants,” Turnage said.

While myBeeHyve was originally on the web, officials quickly realized an app was needed.

“Many of our customers run their entire business from their phone,” Turnage said. “So mobile use is very important to us. We launched companion apps in the Apple and the Google stores in 2018.”

The company won a $50,000 NC IDEA SEED Grant in 2018, which helped myBeeHyve launch the app and get more exposure.

“That was a huge catalyst for us. We used that grant money primarily to build the apps, and within 60 days of launching the companion apps 75% of the platform use was in the apps. So it was clearly what our users were looking for,” Turnage said. “Without that grant it probably would have taken us longer to make that decision and make that investment. The other thing that it helped us with was introductions to investors and visibility.”

The company now has over 12,000 users from about 10 different English- speaking countries.

With the growth, myBeeHyve leaders want to focus on launching programs in the community. The startup hosted its first event in Raleigh last month, a one-day workshop on social media, graphics and videos.

The company will also launch the Hive Women’s Leadership Program in Wilmington, which is in collaboration with Hive Global, a membership community for entrepreneurs. The program will allow participants to learn about entrepreneurship and explore business project ideas, Turnage said.

“With myBeeHyve’s mission of empowering women to achieve financial independence, it’s a natural partnership,” Turnage said. “The program is 12 weeks, and it really helps women explore a passion, an area of interest where they can come together in a supportive community.”