Inmates To Entrepreneurs Program On Its Way To Wilmington

By Christina Haley O'Neal, posted Apr 13, 2018
Tweet
A Raleigh-based organization that provides resources to help those with criminal records start their own business, is opening up a regional base in Wilmington.

Inmates to Entrepreneurs is a social impact initiative funded by Raleigh-based private software company Sageworks, according to Jaclyn Parker, executive director of the organization.

The organization is currently in the process of hiring a program director for the Wilmington area and will set up shop in the area as soon as a director hired, which could take about a month or so, she said.

The organization has a second location in Charlotte.

The director position was posted April 4 and so far, about 80 to 90 applicants have applied, Parker said. For the position in Charlotte, which was filled in December, there were 650 applicants.

"The program is exactly what it sounds like," Parker said. It helps people with criminal backgrounds start small, low-capital businesses and has several different facets to do that, she said.

Inmates to Entrepreneurs runs free eight-week courses for anyone with any type of criminal background -- with no restriction on a length of time since their conviction -- that goes over the basics of entrepreneurship and starting a small business.

The program has its sights on setting up a small team of about seven to nine mentors in the Wilmington area, all of whom are business owners themselves, and help teach the course and mentor those individuals taking the course.

The organization also goes into correctional institutions across the state to do two-hour presentations to "let individuals know that entrepreneurship can be an option to them following their release, especially if they cannot gain traditional employment or they'll be underemployed following their release because of their conviction," Parker said. 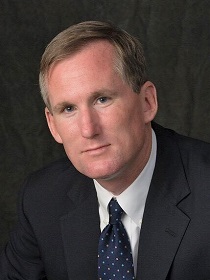 Inmates to Entrepreneurs has been running in Raleigh for about a decade, according to Brian Hamilton (left), founder of Inmate to Entrepreneurs and chairman of the executive committee at Sageworks.

Hamilton has been working with inmates since the early 1990s. The idea for the program developed while he was at a minimum security prison and found out how difficult it can be for inmates to find a job after prison.

"That was the inception of the idea, which is let’s have these guys start low-capital businesses rather than getting a job because it's hard getting a job,” Hamilton said, adding that the program helps those individuals getting out of prison to find a way to be successful.

Inmates to Entrepreneurs began in Raleigh in 2008, and the program has helped more than 1,000 inmates and ex-offenders through speaking engagements in correctional institutions and halfway houses, and one-on-one mentoring, Parker said.

Hamilton said Inmates to Entrepreneurs has been working the past couple of years on getting the program ready to launch across the state with its sights set on a national scale.

Wilmington is the program's next step, he said.

“And I know this is pretty ambitious … I hope within a year or two we’ll be in the top 50 metropolitan areas of the county," Hamilton said. “That’s the dream ...”