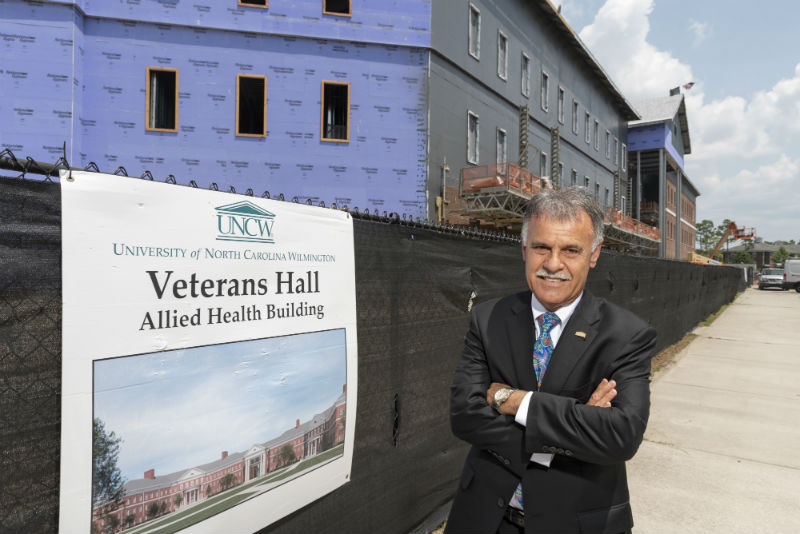 The university also ranked No. 92 in the Top Public Schools subcategory, for which it tied with Ohio University and the University of Houston.

“Being recognized as one of the top 100 public universities in the nation during UNCW’s first year in the national category speaks volumes about the quality of our faculty, staff and students and their commitment to excellence at every level,” Chancellor Jose Sartarelli said in a news release. “In less than a year, Hurricanes Florence and Dorian affected our institution, and yet our campus community continues to rise above challenging circumstances, building a dynamic university dedicated to student success, advanced research, and community engagement.”

UNCW was included in the National Universities category for the first time because Carnegie Classification, an organization that categorizes colleges and universities, changed the school's classification in December to a "Doctoral Universities: High Research Activity” institution, according to Sartarelli.

The U.S. News & World 2020 list ranked 1,400 institutions based on 15 academic performance metrics with the largest importance placed on the school’s ability to retain students and graduate them.

"Those two are very important," Sartarelli said about retention and graduation. "We have a whole team working on retention on a regular basis. We also work on student contact and make sure to have a number of touchpoints with students."

Other metrics that were considered include class size, undergraduate academic reputation, money spent per student on instruction, financial resources and alumni giving.

UNCW has a student-to-faculty ratio of 17-to-1 and 32% of its classes have fewer than 20 students, according to the ranking.

While fall 2019 enrollment numbers are not yet finalized, UNCW anticipates having its highest enrollment to-date of more than 17,000 students, according to the release.

This year, the school has added about 640 students as compared to last year with the majority being graduate students, Sartarelli said.

"I think there are several reasons why we are growing: one is the quality of our programs and another is the launch of new programs which has attracted a lot of students," he said.

Some of those programs include data science, an online MBA and nursing, Sartarelli said.

The university also ranked No. 183 for Best Value Schools, No. 138 for Best Colleges for Veterans and No. 234 for Top Performers on Social Mobility, which ranks schools based on the enrollment and graduation of disadvantaged students awarded Pell Grants.

Earlier this year, UNCW was ranked eighth in the nation by U.S. News & World Report for its online bachelor’s program.

Dropping in on child-care business

UNCW announces protective protocols as it prepares for new semester

A healthy dose of new facilities in area higher education