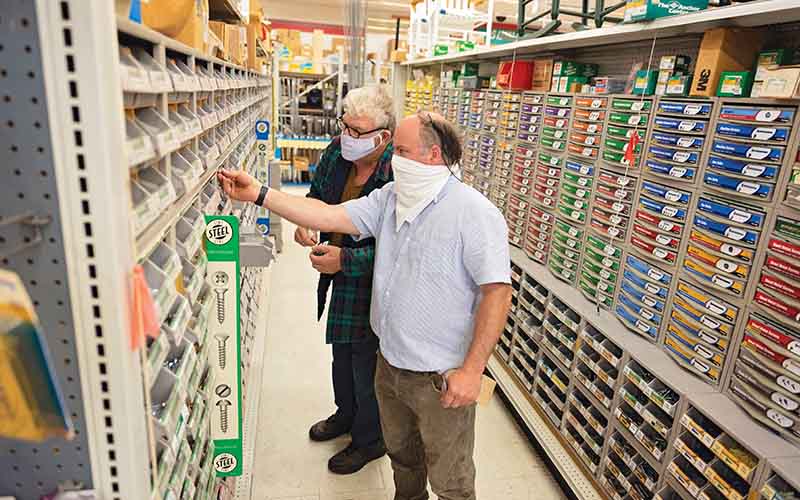 Eric Korman, owner of Craft American Hardware on Wrightsville Avenue, helps customer Jamie Adams. The store has seen an increase in business as people use stay-at-home time to fix and enhance their homes. (Photo by Michael Cline Spencer)

“People seem to be working more on their own houses these days,” said Eric Korman, owner of Craft American Hardware. His store at 7002 Wrightsville Ave. has been seeing an influx of parents and children shopping together for tools and supplies.

Korman said since people are not traveling, they’re not spending money on trips but rather are spending it in a different way such as for DIY projects. He’s noticing that customers are not worrying as much about prices, presumably since they want to get in and get out rather than stand in line with a large number of people at a big-box store.

For businesspeople like Korman, the ability to roll with the punches will be key as DIY projects end and sales ebb and flow.

Correction: This version has been changed to correct the spelling of Eric Korman's name.