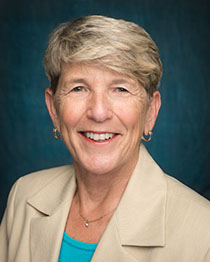 Leonard, 65, an integral figure on the University of North Carolina Wilmington campus for 37 years, inspired respect, love and loyalty in the many students, faculty members and staff members she encountered over those decades, colleagues said.

“Getting to know Pat was one of the highlights of my job as provost,” said Marilyn Sheerer, who retired last month after serving as UNCW provost for five years. In a telephone conversation Thursday, Sheerer said Leonard was “a respected leader who was not afraid to speak out on campus issues, sometimes against other voices.

“She had strong opinions on leadership and ethics, and she was very committed to diversity,” Sheerer added.

In her Facebook post praising Leonard, Coastal Horizons’ President and CEO Margaret Weller Stargell recalled a conversation she and Leonard had some years ago about use of the word “minority” to apply to people of color.

Stargell said she has not applied the word “minority” to people since that conversation. She also credits Leonard for giving her the support and encouragement to rise to her leadership position within Coastal Horizons.

In his open letter to the UNCW community Wednesday, Chancellor Jose Sartarelli described Leonard’s impact on the campus community.

“She built one of the most prestigious divisions of student affairs in the country and was well-known among her peer professionals in student affairs, both in North Carolina and throughout higher education, as a collegial, thoughtful partner in so many meaningful endeavors,” Sartarelli wrote. “It is hard to imagine this campus before her, and virtually impossible to think about it without her moving forward. Simply put, UNCW wouldn’t exist the way it does today without all of the work and passion Pat put forth since her arrival in 1983.”

Colleague and friend Carol Chase Thomas said she and Leonard arrived on campus at the same time that August; Thomas as an assistant professor, Leonard as associate dean of students.

“I would say we were beginning, novice professionals,” Thomas said during an interview Thursday. “For 37 years I marveled at her energy, her insights, her commitment to students and her determination to do the right and best thing.

“Pat oversaw the building or renovation of over 20 buildings on campus that had students as their focus. She told me a few months ago the building that was most significant for her was the student recreation center,” Thomas continued, recalling that when she attended the building’s opening, “seeing the look on [students’] faces was something I will never forget and will always treasure.”

Sartarelli noted that planning and completing those facilities wasn’t just a matter of checking boxes for Leonard.

“Many buildings on this campus didn’t just spring up around Pat during her decades here. They sprang up because of her vision and her collaboration with others, and because of her fierce and unwavering commitment to giving our students every possible opportunity to learn, grow, create their path and solidify their purpose,” he wrote.

She was at the heart of creating or renovating a number of key facilities on campus, including the Fisher Student Center and Fisher University Union, the Burney Center and the Warwick Center, Sartarelli noted.

“When Pat arrived, UNCW was known as a 'suitcase campus,' with limited co-curricular programs and few things to do on evenings and weekends,” he wrote. “But with years of planning, hiring progressive and creative staff, and creating her vision (and a mantra: ‘Creating Experiences for Life’), she made the campus a home for thousands of students.”

Leonard was named vice chancellor by then-Chancellor James Leutze in 1996, but even with a different title and greater responsibilities, her commitment did not vary.

“From the beginning, in her first role as associate dean of students, Pat forged a path of school spirit and a culture of inclusiveness,” Sartarelli wrote. “She built upon existing areas of strength and asked the hard questions about how UNCW could grow and improve. She believed in everyone’s ability to reach higher, but also in a responsibility to reach back and help those still finding their footing. She was tireless in all ways: in the time she offered any student who needed support, and in how she led her division, collaborated with her colleagues, and mentored staff from all areas of campus.”

And mentor she did, according to both Thomas and Sheerer.

“She believed in developing people, and so do I,” Sheerer said. “We mentored a lot of women, and she did especially because she was there so many years.”

Leonard thrived on surrounding herself with good people, Thomas said.

“These were people who had as their primary focus ‘We’re going to make life better for our students,’” Thomas added. “There are countless hundreds of people who would tell you, ‘Pat Leonard is my mentor.’ How could she mentor that many? She did.”

Leonard fostered a culture of collegiality as well, according to Thomas, who, in her most recent position as professor and associate dean for academic programs in UNCW’s Watson College of Education, worked in academic affairs. Leonard’s positions were in student affairs.

“On some campuses those units are competitive,” Thomas said. “On our campus, we always felt like we could work with student affairs successfully, in part because of Pat’s leadership. Both units are about students; they just have different areas of focus. But the common focus is [developing] the best programs for students.”

The vice chancellor’s involvement was not limited to the university, where she was active. She also made a difference through her community work, serving on the New Hanover Regional Medical Center board and playing a significant role in the founding of Coastal Horizons.

Among Leonard’s numerous honors was the William C. Friday Lifetime Achievement Award, given to her by the Association of Student Governments of North Carolina in 2019.

Sheerer said she and Leonard left campus this spring, their departures hastened partly because of the COVID-19 pandemic. But the two, who had become personal as well as professional friends, stayed in touch.

“I recently reminisced [with her] on how fortunate I was to walk into this campus and find a colleague like her. We shared values and had the same thoughts about how certain things should be handled. We had respect for people and their differing views,” she recalled.

Thomas, who retired in 2011, maintained her friendship with Leonard.

She said, “As I watched her in the community, with her leadership on various boards, and saw her at different UNC system-wide events, I was always so proud to call her my colleague and my friend.”