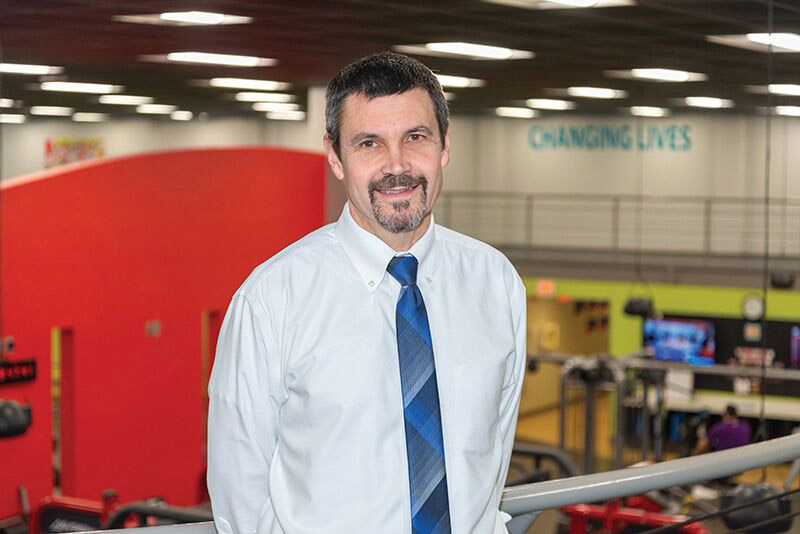 John Tuman, chief technology officer at NHRMC, is working with a team to develop an app rewarding users with cryptocurrency for completing healthy activities. (Photo c/o NHRMC)
Wouldn’t it be nice if, after finally running that 5K you have been preparing for many months, you not only get the reward of accomplishment but also currency to purchase items at health and fitness stores? A team at New Hanover Regional Medical Center has been working on a project for the past two years to make that a reality.

NHRMC is developing a health and well-ness incentive program that uses cryptocurrency to reward its users.

John Tuman, chief technology officer at NHRMC, said the idea for the program evolved from an internal initiative started in the information services department to encourage employees to be involved in community activities such as walks and bike races.

“When somebody actually participated in one of these events, we’d give them a little sticker and on the sticker it said SHAPE, an acronym that stands for ‘sharing healthy attitudes with people through exercise.’ And it was a really big hit internally. It got a lot of people active,” Tuman said. “I wondered if there was anyway we could expand this program. My first thought was we’ll just expand it within NHRMC. And then, upon further thought, maybe we could expand this beyond the walls of NHRMC.”

Tuman, who had done research on cryptocurrency, which are assets in digital form, realized it could be used instead of stickers to generate more intrigue. So, NHRMC created its own cryptocurrency called “Health Coin.”

The program works through an app that users can download and view health-and fitness-related events in the community and whether there is a Health Coin reward for those events and then sign up for the event.

NHRMC hopes to partner with businesses in the community so users can spend their earned Health Coins at those locations.

“We’re thinking sporting goods stores to buy your new pair of running shoes or supermarkets where you can buy healthy choices of meals, anything that would really support a healthy, active lifestyle,” he said.

One reason why NHRMC decided to develop this health and wellness program is to focus on preventing illness before patients get sick and have to go the hospital or visit their doctor.

This illness prevention focus is influenced by the possible changing models in the future for hospital reimbursements, Tuman said.

“Hospitals still largely are reimbursed on a case-by-case basis. So, if somebody gets sick, they come to the hospital, we make them well, we send them on their way and there’s of course a charge for that service,” he said. “But now, a lot of the population health concepts are that the hospital will be given a capitated amount of money. So, a per-head amount of money to take care of a population and that amount doesn’t change. It’s the same if the population is healthy or sick.”

With this new model, hospitals are incentivized to keep people out of the hospital.

Many of the leading causes of death in the U.S., such as heart disease, can in part be prevented by keeping weight down, eating well and exercising, he said, all things the app hopes to promote.

Currently, the team of 12 working on the application has finished soft-ware development and is looking to launch a pilot test internally.

Tuman said he hopes to launch the program for the hospital’s more than7,000 employees within the next six months and then to the community, ideally in about two years.

One of the reasons for the slow roll out is to ensure that the app works accurately and to allow time to work out bugs, he said.

While there are similar incentive programs out there, NHRMC is the first to develop something of this nature, Tuman said.

“We’re really in uncharted territory here. It’s one thing to build a mobile app. There’s millions of mobile apps now, but it’s another one to create your own cryptocurrency, then try to create a wellness and incentive program for the community and roll all this out,” he said. “There’s no script to follow or anything like that. So, we’re creating this in hopes that we can really make a difference in the lives of people in our community.”

As the chief technology officer for NHRMC, Tuman recognizes the importance that technology can have on population wellness.

“I think we’re starting to discover that healthcare providers, doctors, nurses, hospitals, we can only do so much. We really need to engage the patient to have a complete continuum of care,” he said. “We really need the individual patients engaged in their own care in order for it to be effective. It’s about utilizing new technologies to solve old problems.”