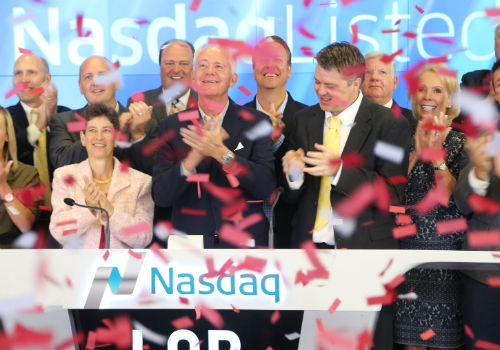 The company is the parent of Wilmington-based Live Oak Bank, which specializes in making SBA-guaranteed loans to businesses in specific industries, such as independent pharmacists, veterinarians, medical and dental practices, family entertainment centers and funeral services.

Live Oak shares were available on the Nasdaq as of the opening bell Thursday, Live Oak Bank spokesman Micah Davis said in an email.

In a separate news release Thursday morning, Live Oak Bancshares announced it had set the price of its voting common stock at $17 per share and would be offering 4.8 million shares. The offering is expected to close on or about July 28, according to the release.

Underwriters have an option to purchase up to an additional 700,000 shares of voting common stock at the initial public offering price, less the underwriting discount, within 30 days from the date of the offering.

As of 3:30 p.m. Thursday, the price of the stock, listed under the symbol LOB, had reached $18.55, according to the Nasdaq website.

The company filed its intention to explore a public offering June 22, after filing for a possible IPO in April 2014, which it subsequently withdrew in September.

Earlier this month, Live Oak Bancshares announced the number of shares it planned to offer and stated that the per-share offering price would be in the $16 to $18 range.

Proceeds of the IPO will be used to support organic growth in Live Oak Bank’s lending within its existing target industries as well as for expansion into new industry verticals, according to information in the company's SEC Form S-1. Proceeds would also be used to develop a new online lending platform for originating loans of less than $350,000, to support the growth of the bank’s balance sheet and “for general corporate purposes,” which could include possible acquisitions of – or investments in – other banks or non-bank entities, the document states.