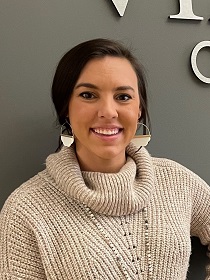 Taylor Overstreet has joined Viamark Carolinas, adding to the company's growing team, according to a news release.

Overstreet was hired as a project manager with the company, officials said in the release. In the project manager role, she will oversee the day-to-day management of Viamark’s client base.

"Working across all social media platforms in 2020 from Facebook to Twitter and TripAdvisor, her expertise increased bookings, website traffic and revenues by 33%, 64% and 58%, respectively, over 2019 figures – all despite the pandemic," officials said in the release.

Overstreet has a bachelor’s degree in health sciences from Radford University in Virginia.

“Taylor is an excellent choice for us as project manager because of her versatile background and experience in all of these critical areas," Viamark President Bea Raybourne said in the release.