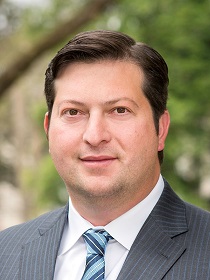 Gov. Roy Cooper has reappointed Landon Zimmer to serve as a member of the N.C. Board of Transportation, according to a news release.

Zimmer, a Wilmington attorney, is representing state transportation division 3, which is made up of  New Hanover, Pender, Brunswick, Duplin, Onslow and Sampson counties, stated the release.

Zimmer is a partner at Zimmer and Zimmer LLP Attorneys at Law. He is also a commissioner on the N.C. Wildlife Resources Commission and is a member of various professional, civic and social organizations, stated the release. He earned a bachelor’s degree, a master’s degree and a law degree from Duke University.

Zimmer started with the transportation board in 2017 as the division 3 member and in 2018 as the at-large member for ports and aviation, officials said. He serves with 19 other members across the state.

The governor appoints members representing the N.C. Department of Transportation's 14 highway divisions, while the speaker of the N.C. House and the N.C. Senate president pro-tempore each appoint three at-large members, stated the release.