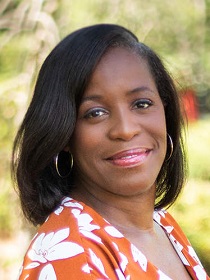 Evelyn Bryant
Evelyn Bryant has been elected president of the YWCA of the Lower Cape Fear Board of Directors, according to a news release.

"In these unprecedented times a change in leadership was inevitable as the YWCA moves to prioritize the racial justice aspect of our mission," officials stated in the release.

Bryant has a history of working in advocacy and community leadership in the area, stated the release. She currently works in the law office of Attorney Andrew Waters.

Gonzalez founded The Law Office of Vanessa A. Gonzalez, which handles a variety of immigration matters and other matters, stated the release.

Brown, who continues to serve as treasurer on the board, owns Tammika Brown Accounting & Tax Services in Wilmington.

Lomboy is a Native American Council Leader and member of the Waccamaw Siouan Tribe and helps bring awareness and education about their culture and history to the community, sated the release.

"In response to the death of George Floyd, Breonna Taylor, Ahmaud Arbery, and countless others, YWCA of the Lower Cape Fear’s Board of Directors has shifted its focus from planning for a capital campaign to fulfilling a community need to be leaders in racial justice education, communication, and action," officials said in the release. "This new Executive Team will lead the organization in identifying ways to dismantle racism and discrimination, and to continue the work to root out injustice, transform institutions, and make the world see women, girls, and people of color as equal, powerful, and unstoppable."