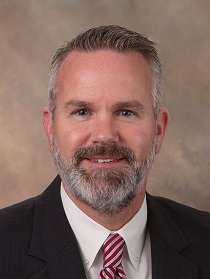 Chris Robbins
CresCom Bank has promoted Chris Robbins to regional executive of its Eastern North Carolina market, according to a news release.

Robbins previously served as a credit risk officer for CresCom Bank’s Eastern region. He is a tenured banking professional with more than 25 years of experience.

Prior to CresCom Bank, he was the Pitt County market executive for Select Bank. He also served as a chief credit officer for Cornerstone Bank in Wilson and The Little Bank in Greenville, stated the release.

In his new role at CresCom Bank, Robbins will be responsible for commercial and profitability goals for the eastern part of the state and will focus on business development and public relations in the region.

He graduated from the University of North Carolina at Chapel Hill and the Louisiana State University Graduate School of Banking, stated the release.