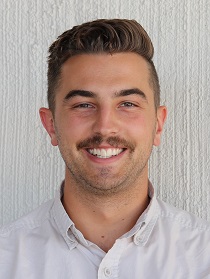 Forrest Sanderson
Forrest Sanderson has earned the solar industry’s leading recognition from the North American Board of Certified Energy Practitioners, according to a news release.

“I’m proud of my ability to provide reliable and accurate solar information to homeowners which aligns with Cape Fear Solar’s values and NABCEP standards,” Sanderson said in the release.

Sanderson has been in the industry since December 2017.

"NABCEP is the most respected and well-established national certification organization for renewable energy professionals," stated the release.

The certification is voluntary. To become certified, professionals must pass an exam, sign a code of ethics and take continuing education courses for recertification every three years, officials said.

“When Forrest joined Cape Fear Solar, he took time to learn every aspect of his job. Passing the NABCEP certification exam is a big deal and shows Forrest’s commitment to solar energy. I am proud to have staff that sets higher standards for our company and the entire solar industry," John Donoghue, president of Cape Fear Solar Systems, said in the release.