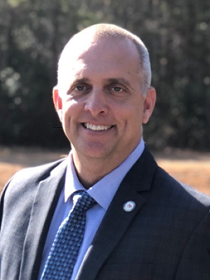 Chad Kimes
Chad Kimes has been appointed as the N.C. Department of Transportation's Division 3 engineer, according to a news release.

Collette, who began her career with NCDOT in June 1990, was the agency's first and only female division engineer, according to the release. She led many major transportation projects in the region, including the completion of Interstate 140, the Brunswick County Causeway and the new Surf City Bridge.

Kimes has also had a long history with NCDOT. He began working at the agency in 1989 while attending the University of North Carolina at Charlotte. He became a full-time employee in 1994.

“I am grateful to continue my career at NCDOT and hope to make needed improvements to the transportation system in our region,” Kimes said.