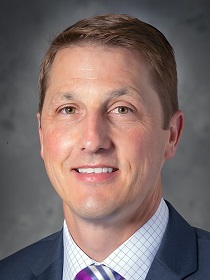 Mallory Reeves
NHRMC Physician Group – Atlantic Urology has welcomed Mallory Reeves to the practice, according to a news release.

Reeves, a board-certified physician in urology, specializes in providing medical and surgical care for a variety of urologic conditions, stated the release.

He has extensive experience in diagnosis and treatments, including those of prostate cancer, bladder cancer and kidney stones.

"Reeves is a urologic prosthetic and reconstructive surgeon, certified da Vinci surgeon and UroLift Center of Excellence provider. He offers both medical and surgical treatments, including implants, prosthetics, reconstruction and infertility services, for men’s sexual health issues," stated the release.

Reeves most recently was an affiliate professor of surgery with the East Carolina University Brody School of Medicine and vice president of Eastern Urological Associates in Greenville, officials said. He also serves as a lieutenant colonel in the U.S. Army Reserve.