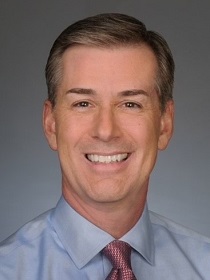 Garrow is a seasoned executive and human resource professional with 30 years of experience and “significant breadth and depth across the spectrum of HR disciplines,” Judd Hartman, executive vice president, general counsel and chief administrative officer for PPD, said in the release.

Garrow will provide leadership for the company’s global human resources function, with a focus on talent management and development, cultural transformation and employee engagement and retention, officials said in the release.

“He has substantial expertise in talent management, executive and leadership development and leading cultural transformations for global businesses. His capabilities in these areas and others will be a huge asset to PPD as we build upon our talent advantage in the CRO industry to best serve our pharmaceutical and biotechnology clients worldwide,” Hartman said.

Garrow also served as the chief learning officer for Bank of America. He earned the bank’s first recognition by Training magazine on its annual Top 125 list of companies excelling in employee training and development, a recognition that PPD also has received the past seven years.

Prior to that, Garrow served as the human resources executive for Bank of America’s chief financial officer group, where he was responsible for all human resources activities for more than 5,200 professionals.

Garrow joined Bank of America after 19 years at Wachovia, where he held various positions, including his last role as chief learning officer.

Garrow graduated from the University of North Carolina Charlotte, where he majored in business administration. He earned an MBA from Pfeiffer University and completed a certificate in organizational development from UNC-Charlotte.