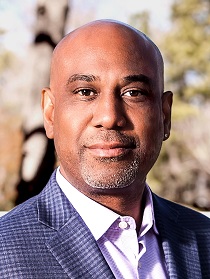 “The regional economy is strong, and our firm is growing to accommodate the increasing demand for commercial real estate,” said Grayson Powell, managing partner of Coldwell Banker Commercial SunCoast, in the release. “We’re proud to welcome Ayize as the newest member of the SunCoast team and I’m confident he’ll be a great addition to our firm. Like many of our brokers, Ayize has a diverse set of skills and experience in a variety of industries, which makes for a successful agent and one who will be a great asset to his clients.”

Gray and his family relocated to North Carolina in 2014, where he began a successful career in residential real estate, which he recently expanded to include commercial real estate.

Gray has extensive experience in finance, investment and development and has assisted his clients in developing investment portfolios both domestically and internationally, officials said He is licensed in North Carolina as a broker/Realtor and owns a real estate solutions company that redevelops underperforming properties.

Gray, a native of Queens, New York, earned a bachelors of arts in communications from Clark Atlanta University in 1992. After graduation, he began a more than 20-year career in film and television in Lagos, Nigeria; New York City and Los Angeles, officials said in the release.

He worked as an assistant location manager on films such as Dead Presidents and He Got Game, and in film development for Spike Lee’s production company, 40 Acres & a Mule.

He also worked in location management on Night Falls On Manhattan for director Sidney Lumet (The Wiz, Dog Day Afternoon) and was featured in a New York Times article for his efforts. In 2002, Gray created an independent film company and developed and produced a wide variety of short and feature film projects, including the award-winning Redemption, a story about a woman’s journey through breast cancer.

In addition to his business interests, Gray is an exhibiting artist, bass guitarist and teen mentor through the Agape Youth Mentoring Program and Youth Mentoring Connection.