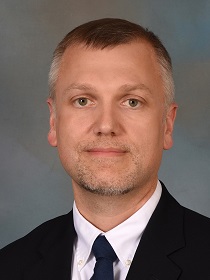 Keith Holden
Keith Holden has been named general manager and chief executive officer of Atlantic Telephone Membership Corporation (ATMC), following the retirement of M. O’Neal Miller, who held the position since March 2016, according to an announcement made by the ATMC Board of Directors.

A Brunswick County native, Holden has been employed at ATMC since 1998 serving most recently as vice president of Information Systems, officials said in a release.

“The Board and I are pleased to promote Mr. Holden to General Manager and CEO,” said Douglas Hawes, president of the ATMC Board of Directors, said in the release. "He has come up through our ranks and his record of success at ATMC says a great deal about his leadership ability. His experience and comprehensive knowledge of the communications industry make him an excellent choice to lead the cooperative."

“I’ve always been proud of the deep roots ATMC has in Brunswick County,” Holden said in the release. “And I am excited to help lead our talented workforce as we continue to grow the cooperative and serve the needs of our members.”