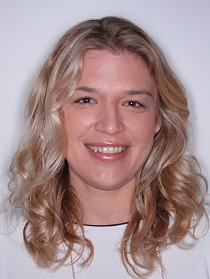 Beckmeyer’s addition comes on the heels of the company signing a national distribution deal that brings Clean Eatz’s products to customers across the country, officials said.

“We are thrilled to be able to bring Kristen on board to our growing team,” said Jason Nista, COO of Clean Eatz, said in the release. “She’s a seasoned entrepreneur, who brings years of experience and knowledge in food service to our business and our franchisees.”

Beckmeyer is a graduate of the University of North Carolina Wilmington Cameron School of Business. She founded Coastal Cupcakes in 2008.

After noticing a gap in the market, she began selling her cream cheese frosting in grocery stores under the Topsee Tulip brand. Not finished with the sweets world, she acquired a local ice cream company in 2015 and rebranded it as Topsee Tulip, the release stated.

She then converted it into a multi-state wholesale company, selling to restaurants, ice cream shops and landing a distribution deal with Sysco Foods.

Beckmeyer’s hiring is just another sign of the company’s rapid growth, officials said. Over the past two years, Clean Eatz reached 30 franchised locations in eight states, while also expanding its lines of business. The company expects to double in size this year.

"An entrepreneur’s journey takes a lot of interesting twists and turns,” Beckmeyer said. “Joining Clean Eatz is definitely one of those unexpected but exciting twists. The opportunity to help a local company franchise nationally was just too good to pass up.”

Correction: This story has been corrected to indicate that Jason Nista is COO of Clean Eatz.