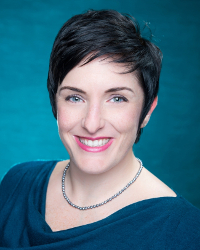 Iamunno is filling a new leadership role focused on strategic communications and brand management with an increased emphasis on institutional marketing, according to a university release.

She previously served as executive director of the university’s office of relations, and will continue to oversee the office’s operations as well as campus and emergency communications.

“Janine consistently brings energy, creativity and commitment to the university’s public relations, campus communications, and branding efforts,” UNCW Chancellor Jose Sartarelli said. “I have no doubt that Janine will continue significant leadership and communication expertise to a broad range of strategic initiatives.”

Iamunno is a graduate of the S.I. Newhouse School of Public Communications at Syracuse University. She has served previous leadership roles at AOL, CNN and MTV, and has extensive national experience in strategic communications, crisis management, media relations and marketing, the release stated.

She has worked with the university’s office of relations since October 2012. Under her guidance, the university has launched efforts such as BIG, the university’s first Brand Identity Guide in over a decade, and SWOOP, a digital news and information resource delivered weekly to faculty, staff, media and the community. She has also guided efforts to redesign web portals and university publications.