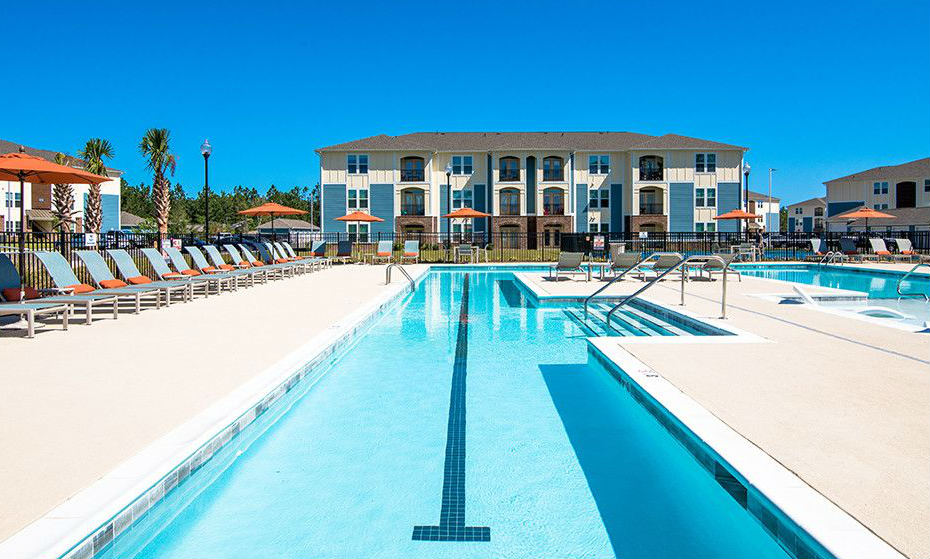 According to the release, the financing effort was led by NKF's Multifamily Capital Markets Managing Directors Chris Caison and Josh Davis of the firm's Charlotte office.

"The property's rapid lease-up showcases the strength of the area's multifamily market and the rising need for quality housing in this fast-growing region of the state," Davis said in the release. "This was a great team effort between NKF's Multifamily Capital Markets group, Freddie Mac and our client."

The owner of the Comet Westgate property, according to the latest Brunswick County Property tax records, is Leland Westgate Owner LLC, which has the same address as the Greensboro office of Samet Corp., a construction and real estate firm.

Bell Partners, an apartment investment and management company in Greensboro, is the point of contact for leasing, according to the community's website.

NKF officials declined to comment further on the refinancing.

Amenities at Comet Westgate, which has one- and two-bedroom units, include a clubhouse with a 24-hour fitness studio, a resort-style pool, fire pits and pickleball courts. Thirty units are reserved for the Hometown Heroes Program, which offers teachers, military, firefighters, police officers or nurses a 10% rental discount, according to the NKF release.

Comet Westgate was built in 2019, part of the major growth of recent years in Leland and northern Brunswick County that has included the construction of apartments and commercial space.