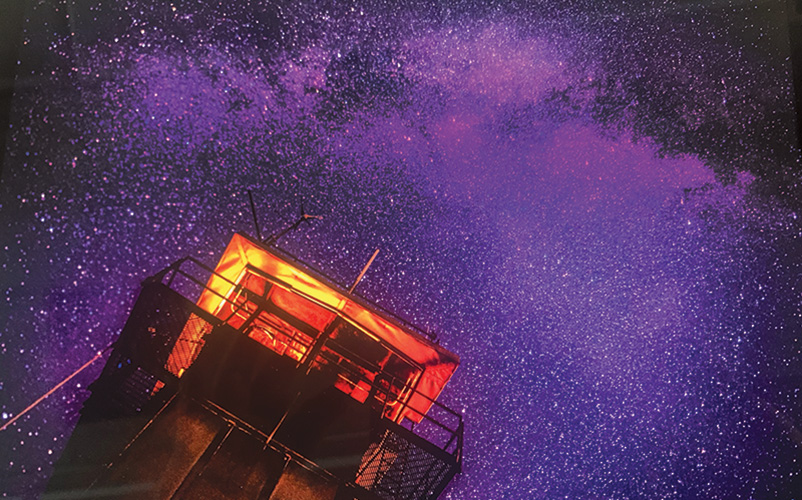 The Milky Way is visible above Frying Pan Tower, a former U.S. Coast Guard tower 30 miles off the coast of Brunswick County. The light station was built in 1964 and retired in 1992.

These days, the tower serves as a base for visiting volunteers, weekend adventure travelers, fishermen and divers. The tower, owned now by a group of individuals, is slowly undergoing repairs and renovations through the nonprofit FPTower Inc., which is focused on preserving the landmark.

The restoration project recently received a $25,000 boost from Amazon. Richard Neal, executive director of FPTower, said they used the donation on jet ski safety equipment – in case they need to grab a diver from the water – and to make repairs to an underwater remote-control robot, giving students views of marine life around the tower. (Neal initially bought the tower in 2010 from the Coast Guard during an auction but divested his ownership interests eight years later.)