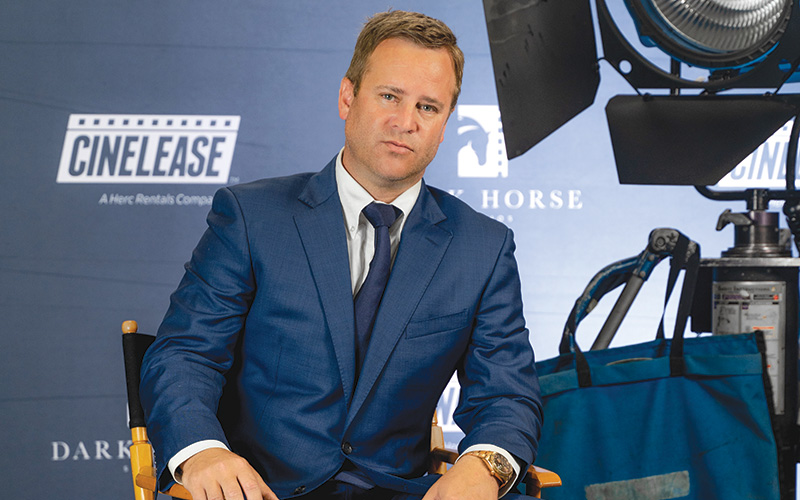 (photo by Logan Burke)
With a background in business, Kirk Englebright didn’t set out to construct new film studios – something that hasn’t happened in the region in over a decade – when he purchased what’s since become Dark Horse Studios.

But once film producers started calling asking to use the location off Market Street he had initially acquired for a health care purpose, Englebright jumped on the opportunity.

So far, he has renovated Dark Horse Studios’ existing space to fit three sound studios, purchased new office buildings nearby and is planning three additional stages in a new building set to open early next year.