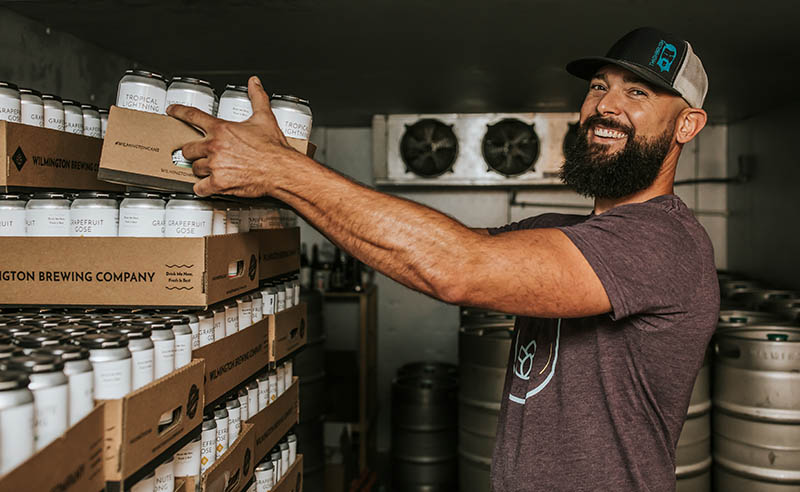 (Photos by T.J. Drechsel)
A robust craft brewing community now exists in the Wilmington area where once there was only one brewery, Front Street Brewery, which opened in 1995.

“To go from very little beer culture here in Wilmington to what we have now, it’s pretty unreal,” said Michelle Savard, who owns Wilmington Brewing Co. with her husband, John. “Our experience has been unreal too. It’s just been, ‘Make more beer; make more beer.’ It’s a pinch-yourself kind of thing.”

The Savards started their brewery five years ago and are currently in the process of expanding it, with plans to add an events space. 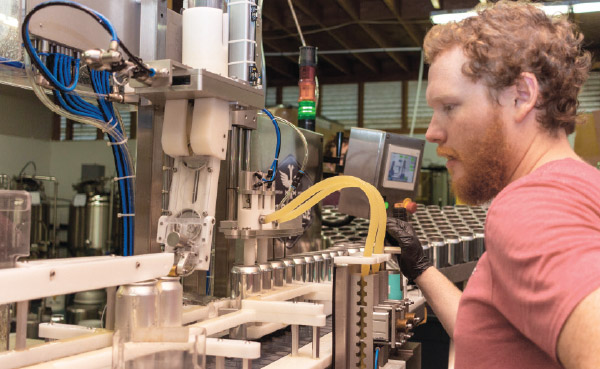 “At first you’re a little afraid that it’s not going to work, but the community was really open to it, and we’re very grateful,” Michelle Savard said of their brewery. “There are a lot of loyal people that come by all of the time.”

“The local beer scene here is tremendous,” says Keith Sincavage, general manager of Wrightsville Beach Brewery. “There is a large number of good breweries around here, and everybody has their own specialty, so you go to different places and get different experiences. Part of the reason I moved here (from Wilmington, Delaware) was because the beer scene was so strong.” 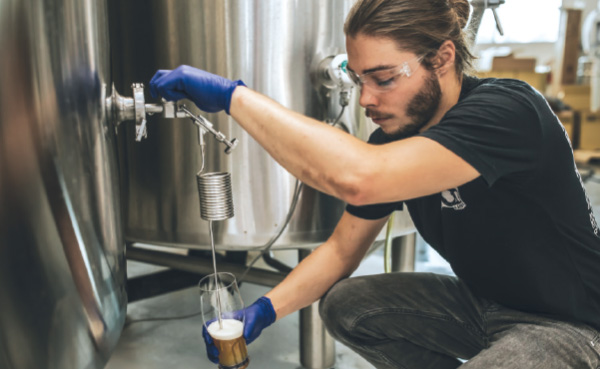 In 2016, SmartAsset, an online financial data company, ranked the Port City seventh among America’s top cities for beer drinkers, taking into account factors such as breweries per capita and average price per pint.


The expansion of the local beer scene has brought direct jobs in breweries and brewpubs, and seen growth in closely-related jobs and businesses such as taprooms, bottle shops and beer-making supply vendors. It has brought about changes, even disruption, in the distribution sector, requiring distributors to make available a wider variety of products to ever more-specialized outlets. 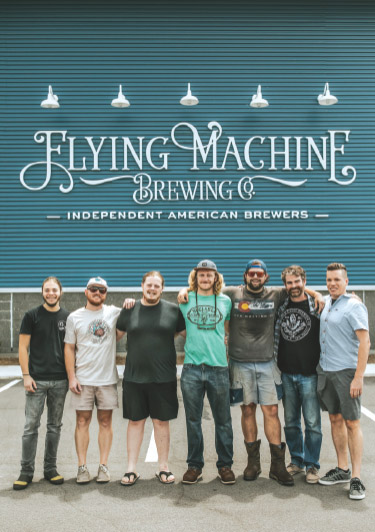 “If you look at the tap list of your local restaurants, you see that most of those folks will carry the local breweries on their tap lists,” said Stephen Henson, owner of Wilmington bottle shop The Brewer’s Kettle. “For example, an out-oftown brewery like Stone or Ballast Point would have had tap presence in the past. What I’m seeing now is that they’re not getting as much of that presence because our own breweries have taken over that market.”

Flying Machine Brewing Co., which opened in 2018, has been growing its distribution network beyond the Port City.

“We started off just wholesaling in Wilmington and the surrounding region,” said David Sweigart, one of the owners and founders of Flying Machine. “Now we have regular delivery schedules to Raleigh. We’ve gotten our beer to Charlotte and Asheville, for both events as well as normal wholesale operations.”

More growth was on the way in early September for Flying Machine.

“We have some other territories that we should be in within the next let’s say 30 to 60 days,” Sweigart said, “so that’s keeping us super busy.”

From Raleigh, With Love 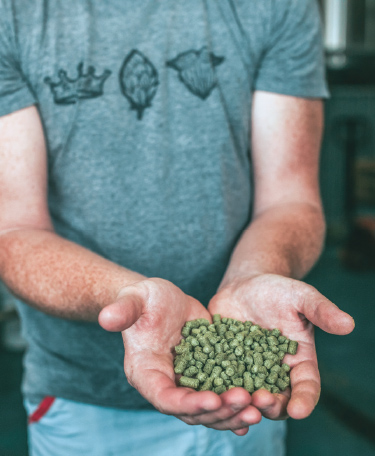 The state’s capital city contributes its fair share to help up The Old North State’s beer street cred. But Raleigh’s greatest contribution to Wilmington’s and North Carolina’s craft beer boom hasn’t derived from a copper tank, but rather brewed on Jones Street by the state’s General Assembly.

In 2005, the state legislature passed House Bill 392, which increased the allowed ABV (alcohol by volume) for beer from a puritanical 6%, to 15%. By comparison, Budweiser’s ABV clocks in around 5%.

The higher accepted level allowed craft and specialty beer makers to make what had been mainly a garage hobby in 20-gallon pots for some, into a powder keg of an industry.

Lawmakers doubled down on the ABV decision in ensuing years, passing laws that allowed beer and wine producers to hold on-premises tastings and sell their own product, and relaxed distribution laws.

“When they changed the relativeness of ABV, and said, ‘OK, you can serve on-premise,’ that opened up a lot of opportunity,” said Henson. “Folks came in and started opening up breweries because the town became friendly, environmentally policy wise. When they changed those laws as far as on-premise and sales of higher ABVs, that changed everything.”


According to the Brewers Association, a not-for-profit trade association for brewers, craft beer sales in 2018 accounted for more than 24% of the $114.2 billion U.S. beer market. The association also reported that, in 2017, the craft beer industry contributed $76.2 billion to the U.S. economy and accounted for more than 500,000 jobs, with 135,000 of those directly at breweries and brewpubs. 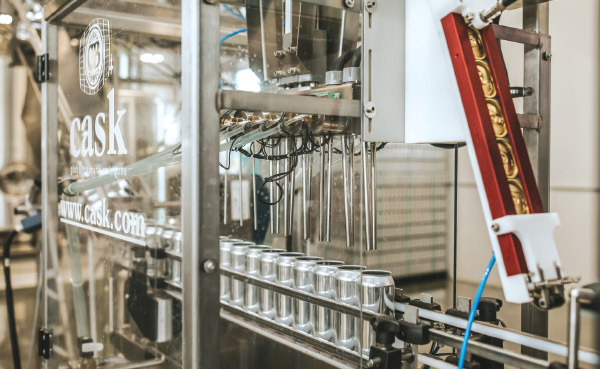 “Anytime you have a policy change or a legislative augmentation in what’s allowed, you’re going to have the private sector come in there and fill those voids,” said Henson. “That conjunction of local policy change and private investment over the course of the last six or seven years has really created that build up.” 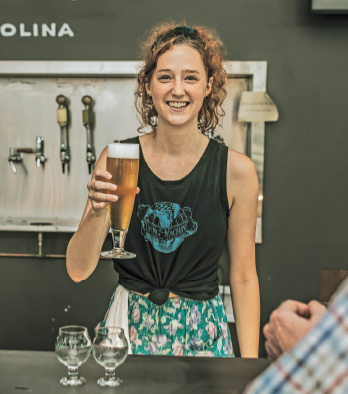 “Everybody asks us how many is too many,” Michelle Savard said. “I don’t know that there’s too many. I guess we’re in a good spot now where most of the different areas in the city are covered, and people are reverting back to a neighborhood pub, which is really nice. Everybody should be able to walk to a brewery, in my opinion. That would be amazing, to have one in everybody’s corner of the city.”

She said she doesn’t know whether the beer bubble, if it is a bubble, will burst locally or nationwide, “but I think we’re at a good number now. I would be surprised if there was another huge boom. I think we are at a nice number for everybody. And each  time a brewery has opened, I feel like we all do better and we support each other. It’s a unique  industry where it doesn’t feel competitive at all by any means. It’s kind of the more, the merrier.” 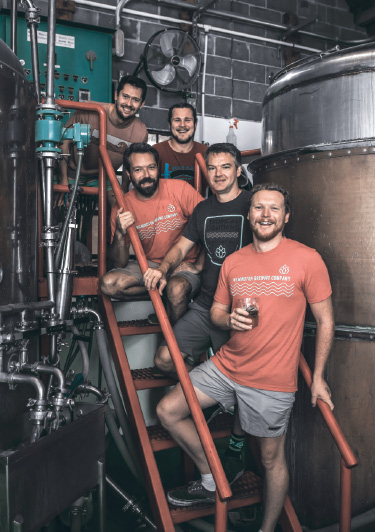 There are some signs of a slight slowing in the industry, at least nationwide. The Brewers Association’s reported figures from 2017 and 2018 showed a decrease in the net number of brewery openings for the first time since 2010.

Whether Wilmington’s scene will continue its growth, stagnate or begin to contract is still anybody’s guess, but many signs show that local beers have a bright future.

“Like anything, I think you will see the cream of the crop, the good ones, continue to improve and continue to rise,” Henson said. “The mediocre may hang out and run for a little longer, and then the ones that haven’t done as well you will start to see them close and sell assets. I think that’s where we are right now.”