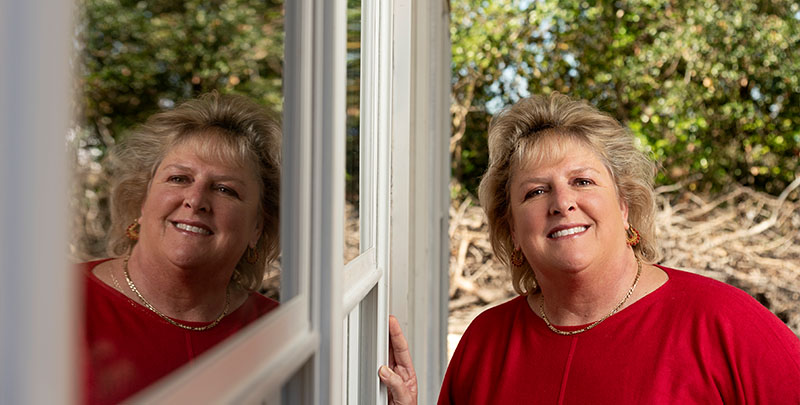 (Photo by Michael Cline Spencer)
After years of rallying to expand the area’s affordable housing, realtor Jody Wainio hopes to see some progress.

Born and raised in Panama, Jody Wainio has a unique perspective on just how important housing is, regardless of income level. “It’s a third-world country, and the affordable housing they have there is so much more substandard than what we are used to. And I think I have an appreciation for how working families struggle to make ends meet,” said Wainio, a local real estate leader and affordable housing advocate.

“I think once I got into it and understood the issues (in Wilmington), I just got more and more involved because I realized how critical it was in our community.”

Wainio moved to the U.S. in her late teens and came to Wilmington in 1982.

Affordable housing needs have been an ongoing topic among those in Wilmington’s real estate community, and Wainio has been a longtime voice in that discussion.

Wainio is the managing broker at Keller Williams Realty’s Wilmington office, where she helps a group of 180 Realtors. She is also owner/team leader of Buyer’s Choice Realty, which has two other agents. She has been in real estate for decades, joining KW in April.

She has paid attention to the area’s affordable housing issue for much of her 33-year real estate career.

As vice president of Cape Fear Community Land Trust, Wainio has had a hand in bringing affordable housing options into the community. The organization helps keep property affordable for the homebuyers who purchase the house while the organization holds the land in a trust, removing land costs from the equation.

“It’s better than a rental, but it’s not the full home ownership,” Wainio said.

One of the trust’s more recent projects is its first new construction, slated to be completed in April. The two-bedroom, two-bathroom home at 1314 Marsdon Ave. near downtown Wilmington is handicapped accessible.

The group has another property at 920 Meares St., with plans to start construction there this summer.

As active in the industry as she is now, Wainio hasn’t always been involved in real estate.

After graduating from the University of North Carolina Wilmington, she went to work for Corning, starting out as a measurements operator. After seven months, she was laid off.

“That’s when I went to real estate school and just decided to do something to keep my mind occupied while I was looking for a job,” she said.

“I think it hit home because at the time a lot of my peers from Corning were in an income bracket that could not afford the luxury market. So buying something for an average family … that’s what I focused on,” Wainio said. “And as I got more and more involved, I realized what a challenge it is for anybody who works as a police officer or a firefighter, a nurse or a teacher to be able to afford to live here affordably.”

Wainio was a work design facilitator when she was laid off a second time at Corning in 2001. She then went into real estate full time and soon took on affordable housing advocacy roles.

Her current roles include what she is doing with the land trust, which has a goal to develop three to five new single-family homes a year. Wainio also serves as vice chair of the Cape Fear Housing Coalition. And she is also vice president of the Wilmington Realtors Foundation.

“We’re not talking about subsidized housing. We’re talking about … the people that are the backbone of the community that cannot afford to live here,” she said.

Hurricane Florence last year increased the overall awareness of the need for more affordable housing options, Wainio said. But funds are needed to provide them.

Wainio said her goal is to bridge the gap between public and private partners to bring about more housing opportunities for the area’s workforce.

That was the focus of her position as chair of a 14-member, county and city ad hoc committee formed in 2016 to improve workforce and affordable housing. That committee officially ended its meetings in 2017 with a list of recommendations.

Wainio said she has continued efforts from that committee by meeting with county commissioners. She also gave a presentation to city and county leaders, who met for a special joint meeting in late February to discuss the topic.

More private partners need to get involved in the conversation, she said.