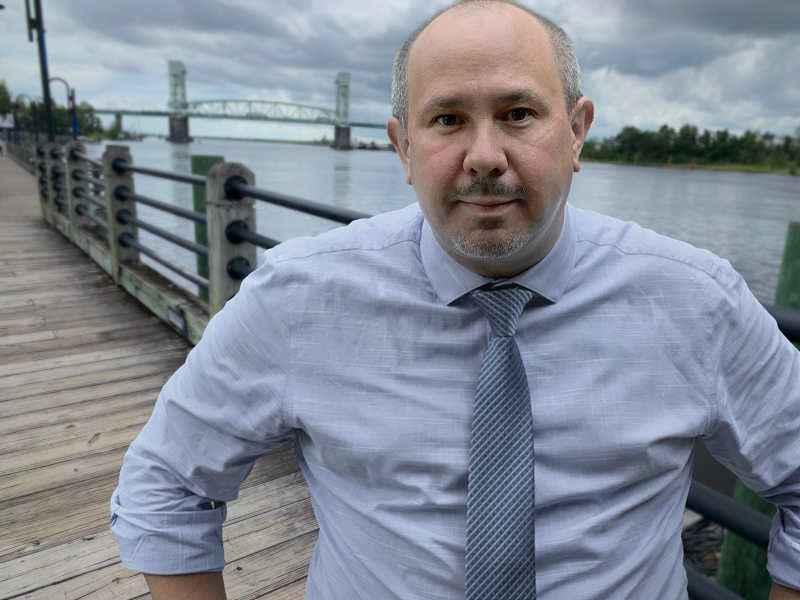 James Slay took on the role of the Municipal Service District’s (MSD) operations manager in July, said Dane Scalise, chair of the board of directors for Wilmington Downtown Inc. (WDI).

“James and his team are making a huge difference in downtown,” Scalise said in the release. “From the first conversation I had with James, I knew that he truly cared about the work that we do. And every day since then, James has shown me that he will do whatever it takes.”

WDI manages the MSD contract on behalf of the city of Wilmington, Scalise said Tuesday. WDI's vendor, Block by Block, which manages the MSD services, is employing the operations manager position for the MSD, he said.

The operations manager position has changed hands several times over the past few years, he said. The vendor advertised the position and Slay was selected from a group of candidates this summer, he said.

"He has been doing a great job. I worked with several of these people over the last several years and he has been the most enthusiastic, most interested in what's going on with WDI, downtown Wilmington [and] just came into the position with a ton of enthusiasm," Scalise said.

Slay leads the team of ambassadors, which work within downtown, stated the release. He took on the position before Ed Wolverton, former president and CEO of WDI, left the organization at the end of July, Scalise said.

WDI at the time of Wolverton's departure touted the launch of the MSD as one of his many accomplishments.

WDI is just beginning its search for a new president and CEO, Scalise said, adding that the organization should soon be receiving applications for the leadership role. Last week, WDI announced that a search committee was formed to find the organization's next president.

In the meantime, Scalise is volunteering to help fulfill some of the leadership duties.

"Every indication that we're getting, at least here locally, is that there are tons of people interested in the position," Scalise said of the search for a new WDI leader. "And I anticipate that we will be getting a lot of applications from outside the area as well."

The WDI president and CEO is responsible for managing the MSD contract with Block by Block on behalf of the city, he said.

"The reason for the MSD originally was to essentially help to create a new mechanism by which the city, WDI, and other partners and groups in the area would be able to supplement some of the work that needs to be done in downtown Wilmington ... and ultimately I think that we have really fine-tuned it very well over the last several years," Scalise said. "Mr. Slay is helping us demonstrate value to the community."

Scalise encouraged those in the MSD to reach out to Slay with details available on the WDI website.

In addition to focusing on the cleanliness and safety of downtown Wilmington, Slay will also work to "make sure that he and the rest of the people, the other ambassadors, are just being friendly and available to everybody who comes downtown," Scalise said.

"As Wilmington continues to grow and develop, the ambassadors have taken on more tasks aimed to make downtown safe and clean while also maintaining our unique charm and hospitality," stated the release.

Slay has previous experience working in the hospitality industry in southern California.

“I believe in the philosophy of enlightened hospitality and love the opportunities it gives me to engage in positive change,” Slay said in the release. “I look forward to building relationships with all of the Downtown stakeholders and helping to keep our downtown thriving.”