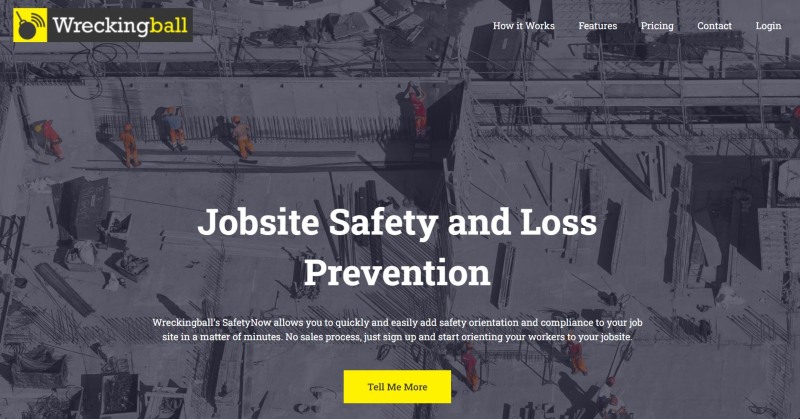 Wilmington-based Wreckingball Systems LLC has received a $10,000 grant from NC IDEA.
A Wilmington software company providing a safety orientation and compliance platform for workplaces has received an NC IDEA MICRO grant, according to a press release this week.

Wreckingball Systems LLC is one of 22 companies in the state that received $10,000 awards aimed at “young companies looking to validate and advance their idea,” the release stated.

“With such a strong group of applicants, this is the most grant recipients we have awarded in one cycle,” Thom Ruhe, president and CEO of NC IDEA, said in the release. “This cycle drew a record number of applications, particularly from our rural communities. We are seeing a clear need from all parts of the state for funding and support to help these companies grow.”

According to Wreckingball Systems LLC's website, the software works through a QR code that workers coming on-site can scan and access orientations with no app download requirement. Then, they can complete the worksite’s safety orientation and when completed, the documentation is saved on the software’s database.

Through the platform SafetyNow, the company provides ready-made orientations that can be edited, or they can be customized, and it keeps up with paperwork.

Cecil Worsley IV, founder of Wreckingball Systems, said that his immediate thoughts after learning the company had won the grant was that he finally had validation for the company he had been working on for over a year.

"It's encouraging to have people that hear great ideas all day, hear your idea and give you a green light," he said.

Besides the money, he said he is excited to work with the team at NC IDEA.

"The grant money is certainly a plus, but primarily I’m looking forward to working with the experienced folks involved with NC IDEA, their wealth of information and network of contacts, all of which will help Wreckingball continue on this upward path and inevitably enable us to become a cornerstone of Wilmington’s growing tech industry," Worsley said.

The project-based MICRO grant is an expansion of NC IDEA’s SEED grants and provides funding to promising startups who are not yet positioned for the foundation’s larger grants.

Since the grant’s launch in the spring of 2018, NC IDEA MICRO has awarded nearly $1.2 million to 118 young companies across the state, the release stated.

The companies were chosen after a three-month competitive application and selection process. Click here to view the complete list of winners, as well as the semi-finalists of the $50,000 NC IDEA SEED grant.