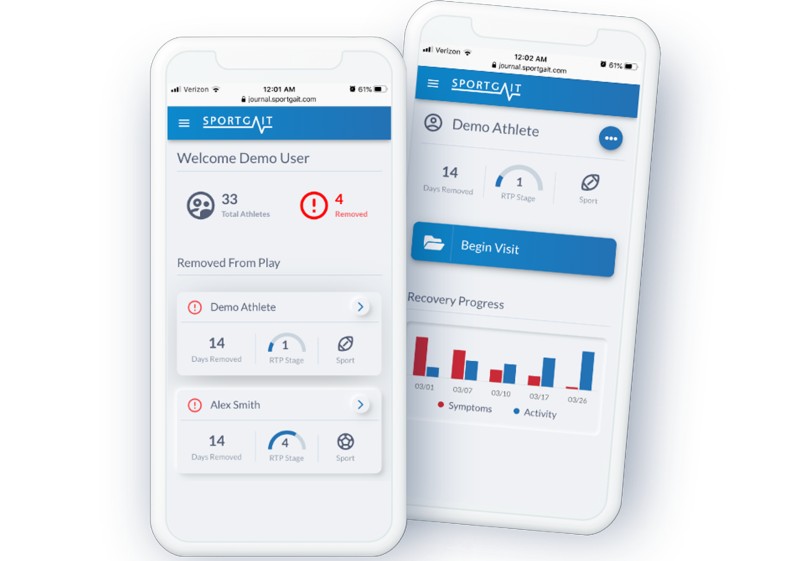 The money raised comes from one investor in a round of funding in which the company hopes to raise $1 million, according to a filing with the Securities and Exchange Commission.

As the parent company, LifeGait holds the intellectual property SportGait, a startup that has developed technology and an app to monitor concussion signs and symptoms in athletes, Newton said.

“Being able to refine and to expand our intellectual property is always something that's on our radar,” he said.

LifeGait uses technology to develop health and safety products. Its other entities include SeniorGate and MedGait.

After this recent funding, which was raised through equity, the company has $800,000 left to meet its goal. Since 2016, LifeGait has raised about $1.39 million, according to filings with the SEC. SportGait, its most prominent entity, has raised $2.05 million.

Earlier this year, LifeGait raised $170,000 to be used for corporate use and licensing.

Through the SportGait app, parents, coaches and doctors can determine the severity of an athlete’s head injury and steps to take if action is needed.

SportGait is housed at the University of North Carolina Wilmington Center for Innovation and Entrepreneurship and has previously received investment from Seahawk Innovation, an organization that has a public-private relationship with UNCW, making the university a part-owner of the startup.