End Of The Road For Detour Deli & Cafe 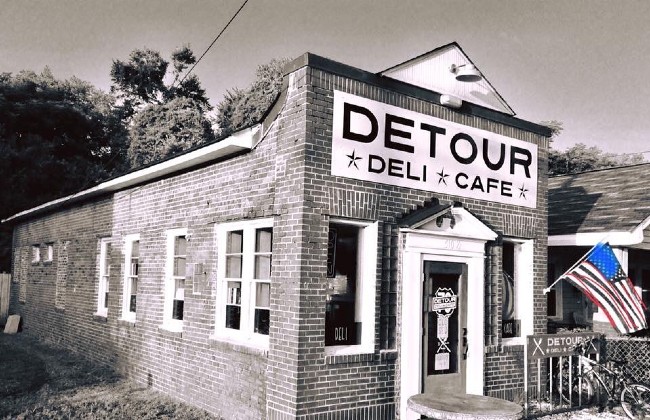 The deli, located on the north side of the Brooklyn Arts District at 510 ½ Red Cross St., was a favorite of many in the area. (Photo courtesy of Detour Deli & Cafe)
Detour Deli & Cafe owner Allister Snyder has closed the doors to the sandwich shop after about six years in business.

The announcement made via Facebook on Monday was met with great sadness by many of the deli’s loyal customers.

“I have some sad news, Detour Deli is closing its doors," the announcement stated. "Shane, who has been with us since nearly the beginning, has decided to move on. We could hire and train new people, but I have had the desire to do something new myself and don't want hire with the intention of it being only temporarily. We made it through the last year, because of everyone that has supported us and we are extremely grateful. Thank you! If there are any updates we will post them on our social media sites. Thanks, again, it has been a great pleasure serving everyone!”

The deli, located on the north side of the Brooklyn Arts District at 510 ½ Red Cross St., was a favorite of many in the area for its hearty gourmet sandwiches, which included everything from clubs to hoagies, tortas and po’boys.

Snyder was a resident of Red Cross Street for a decade prior to opening the deli in his neighborhood. He purchased the 800-square-foot building that housed Detour when his first business, Library Bodega, 610 Red Cross St., closed in 2013.

Snyder spent nearly two years planning and renovating the space before opening the doors in 2015.