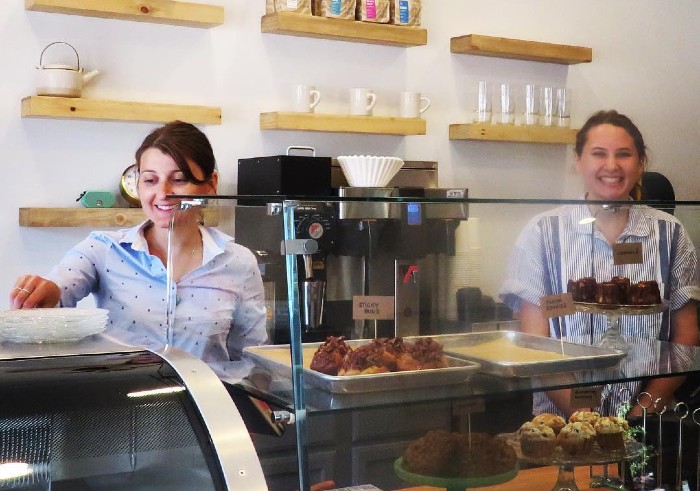 “I’ve been coming to terms with it for several months now,” Clopton said. “Now I’m ready to move on.”

The bakery, 1502 S. Third St., was open just a year and a half before the start of the pandemic, barely enough time for a new business to get off the ground and become financially viable.

Clopton said there’s no one reason behind the closure, but rather a multitude of factors stemming from the COVID-19 pandemic.

Clopton said the bakery began 2020 in a very positive place, starting to see the volume of customers necessary to bring profits to where they needed to be, explaining that bakeries typically rely on high volume because each individual sale is usually quite low.

The cafe closed for two months at the start of the pandemic and eventually re-opened for weekend service with carryout and outdoor seating. At the time, Clopton felt this was the best option for capturing the most business while avoiding waste.

More recently, the cafe was open during peak hours Wednesday through Saturday. Still, even being open for limited hours four days a week, as the only baker, Clopton found herself working six days a week.

As the mother of a 17-month-old son with partner Dean Neff, Clopton said the financial and emotional toll eventually became too much to bear.

“I found myself spending so much time there, but for what?” Clopton said. “It’s hard enough being a new mom and new restaurant owner, and then with a pandemic on top, it made things even harder. Eventually I had to do what was best for my family even though it’s very sad.”

Cafes like Love, Lydia have been hit especially hard during the pandemic. They’re designed as cozy gathering spaces to enjoy a coffee and sweet treat while catching up with a friend, or meeting a colleague for a working lunch.

Clopton acknowledged that a lot of places are looking for ways to reinvent themselves to survive, and while she considered how she could make adaptations to her business model, she felt there was no guarantee that whatever was implemented would be successful.

“I think things will turn around and people are longing to return to normal, but we don’t know how long that will be,” Clopton said. “It was time to cut my losses and move on.”

Clopton said that while Neff is putting the finishing touches on his new downtown restaurant Seabird, her decision to close was not in any way related to Seabird’s upcoming opening. Neff had hoped to open in January, but Clopton said it’s looking more like March or April.

“Things are moving along with Seabird, but Dean has had to make some changes along the way to match the current climate and some of the delays are out of his hands,” she said.

As for her involvement with Seabird, Clopton will definitely be involved in some capacity, though she is not yet sure exactly what her role will be.

“I’m trying to take a pause and figure out what the next steps are,” Clopton said. “This feels like a very pivotal moment in my life and I want to make sure I take the opportunity to look inward and make thoughtful decisions about my future.”