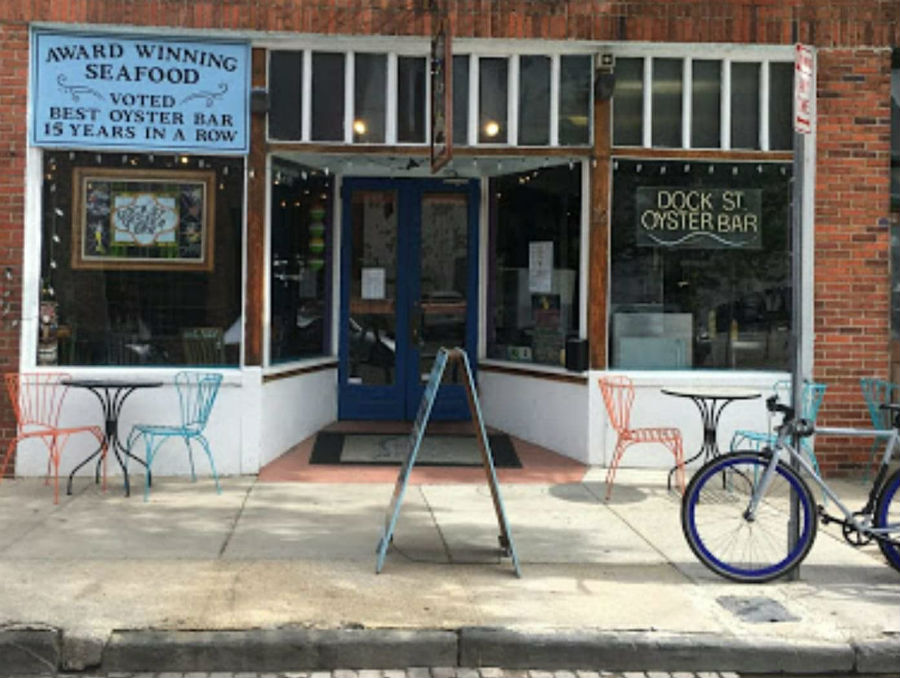 The closure, according to Louise Forbes, is the result of the inability to reach a lease extension agreement with landlord Charles Samos. Their current lease expires Nov. 1.

She said they were informed by Samos that he intends to lease the building, both the first and second floor, to a new tenant.

Samos denied that he has a new tenant in place, but agreed that the situation is a simple case of the inability to reach common ground on the lease agreement.

“It’s been a crazy year to the likes of which we have never experienced before,” Louise Forbes said. “And now this.”

According to Forbes, she and Maillard tried for several years to negotiate a five-year lease, rather than the single-year term Samos has required since he purchased the building in 2009.

Samos said the main reason he would not agree to a longer-term lease was that he did not have a good feeling about his relationship with the tenants, stating they badgered him for changes to the lease.

The oyster bar was closed from mid-March to early June of this year at the height of the COVID-19 shutdown, and owners said they did receive a 50% rent reduction from Samos for the months of May, June and July.

Samos said he had recently been in negotiations with Forbes and Maillard regarding a further reduction of rent for the upcoming winter months. He said he was willing to work with them, but that their requests became increasingly unreasonable and he just didn’t see a way forward.

Samos also owns the buildings that house The Reel Cafe and Fat Tony’s Italian Pub, as well as other commercial properties. He said he has been willing to work with all of his tenants who are facing losses as a result of COVID-19.

Forbes, who was one of the first female restaurant owners in downtown Wilmington, said the revitalization of downtown and the Riverwalk helped the oyster bar to grow tremendously over the years.

She also noted that the recent Downtown Alive initiative, which allowed the restaurant to offer expanded outdoor seating, was extremely helpful over the past several months.

“I’d really like to see downtown continue with this is in some fashion,” Forbes said.

Forbes said she and Maillard are very grateful to the locals as well as their many out-of-town supporters, who have traveled from across the state to dine at Dock Street over the years. She said many of them came out on Saturday to celebrate their last weekend.

“Over the years we’ve had couples who have met and gotten engaged here, we’ve celebrated all kinds of milestones, and we’ve hosted movie stars and musicians,” Forbes said. “It was a good run.”

For now Forbes said she and Maillard plan to take a break and really give some thought to what the future holds for restaurants and whether or not another restaurant may be in the cards for them down the road.

“Dock Street is going to be missed,” said Forbes. “But hopefully once things settle we’ll be back.”