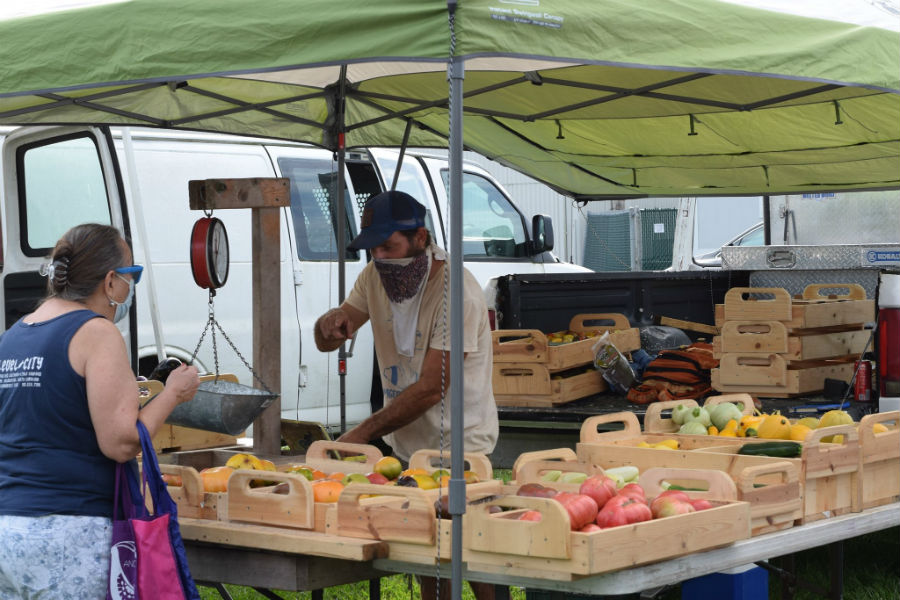 It’s the first time the market has ever been extended, according to market manager Katie Ryan.

Ryan said because of COVID-19, the market opened a few weeks later than usual, but has been very well received throughout the summer. She said she attributes the turnout to customers appreciating the opportunity to shop outdoors and support local businesses.

Ryan also said that for the first time in several years she was not able to hire an onsite coordinator for this year’s market, and therefore was there herself each week.

“Being onsite week after week and seeing how many people were coming through, not just browsing but buying, and seeing how good the sales were, it just made sense to try to keep it going,” Katie Ryan said.

Ryan presented the idea to the Wrightsville Beach Parks and Recreation department’s advisory board and they voted to extend the market through Dec. 14 instead of ending it at the end of this month.

Ryan said that the majority of her vendors were eager to stay on through December, particularly because so many of the fall festivals that they normally participate in have been cancelled.

The extension has also allowed her to bring in five new craft vendors, for a total of 15 each week, some of which will rotate weekly to provide more variety for shoppers.

There will also be a few new vendors with consumable products to replace some of the farms that have come to the end of their growing seasons.

There will continue to be produce vendors onsite with fall crops such as spinach, kale, squash and gourds and Ryan is hoping to find a pumpkin distributor as well.

In all, shoppers can expect to find more than 30 vendors selling everything from fresh cut flowers to salsa, eggs, bread, coffee and fresh seafood – including oysters, each Monday from 8 a.m. to 1 p.m., rain or shine.