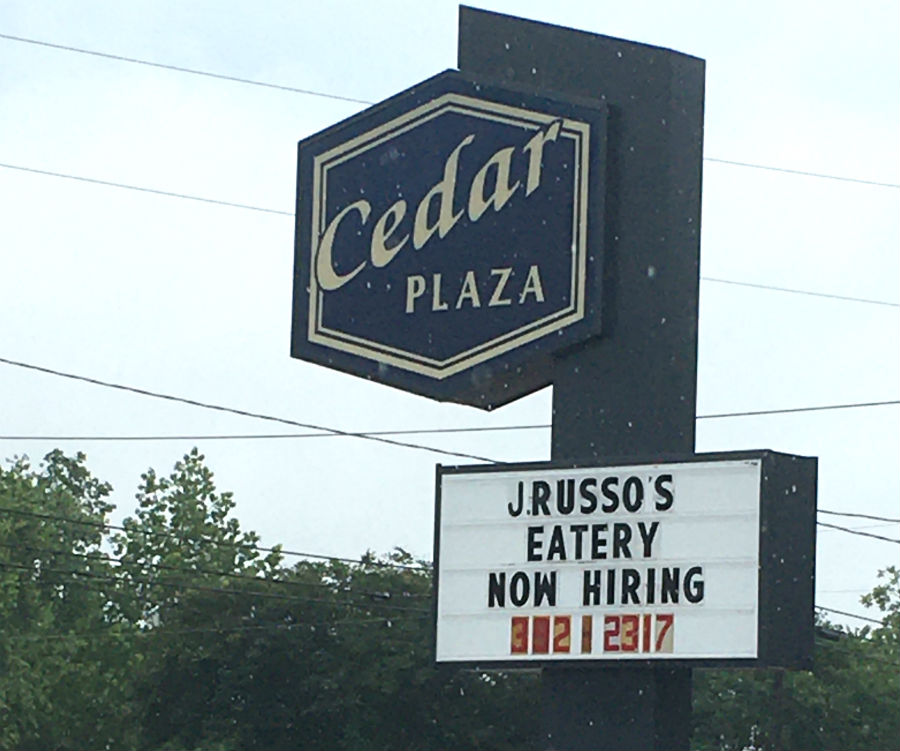 J. Russo's Eatery is underway in the former Pirate's Table space on Carolina Beach Road. (Photo by Jessica Maurer)
Pirate's Table Seafood Restaurant has closed after 30 years in business, but owner Joey Russo, who operated the restaurant with his father, Tony, and brother Vincent, plans to open a completely different concept of his own that will serve breakfast and lunch.

“I want to thank our customers for their loyalty throughout the years, and I hope they’ll come try J. Russo’s Eatery,” Joey Russo said.

J. Russo’s Eatery, which will occupy the revamped space that used to house Pirate's Table, will feature standard breakfast fare such as eggs, omelets, pancakes and waffles, along with lunch items such as sandwiches, burgers, salads, pasta and the Pirate’s Table’s shrimp and grits.

Joey Russo said he had been looking at moving away from seafood for quite a while, noting that seafood can be inconsistent and costly. As for the timing of the closure, Russo said the restaurant never really recovered from Hurricane Florence, and that COVID-19 was the last straw.

While he has mixed feelings about the closure, he is excited about reinventing the space, which is located in the Cedar Plaza shopping center on Carolina Beach Road. The center is currently under renovation as well, and Russo said it is being completely revamped and modernized.

The restaurant space has been fully renovated, giving it a clean, modern feel, and at full capacity, the dining area will seat about 70 guests. It will offer counter service, with tableside delivery. Russo said he believes this service model allows for customers to get in and out quickly before work or on their lunch breaks.

Russo said he is in the process of hiring a new staff for the eatery, something he’s found particularly challenging in the midst of the pandemic.

“It’s difficult to start from the ground up when it’s definitely an employee’s market right now, with so many restaurants are competing for staff,” Russo said. “Our ability to be fully staffed and get everyone trained will have the biggest impact on our timeline for opening.”