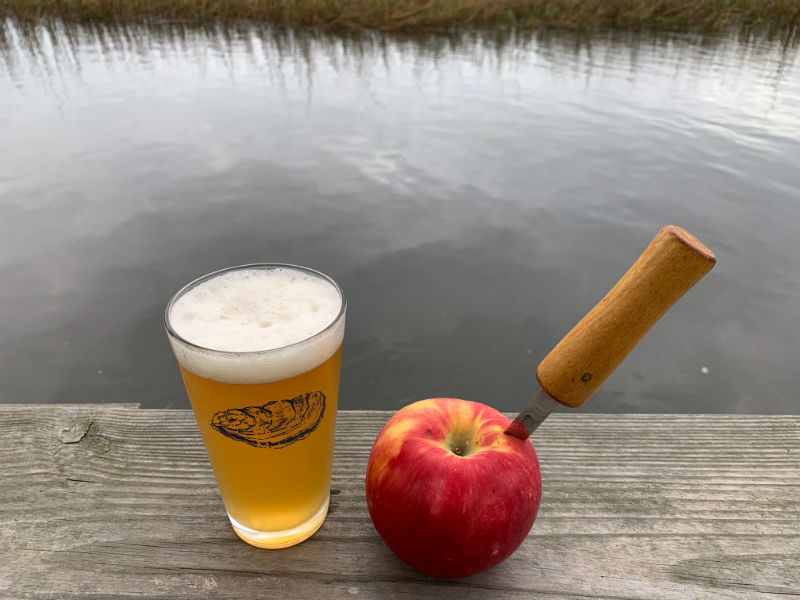 In partnership with longtime friend Will Cameron, Watkins said the facility will be the Cape Fear region's first cidery.

“We’re really excited to announce that we’ll be breaking ground on this new project in late winter at Brunswick Forest,” Watkins said. “We have 18 breweries in the area, but no cideries.”

The 12,000-square-foot brewery and cidery building – larger than Wrightsville Beach Brewery – will be located adjacent to the New Hanover Regional Medical Center facility in Brunswick Forest, according to a town of Leland news release. Construction is set to begin in the late spring or early summer.

Watkins explained that for a cider to be labeled as such, it must be made from 51% fruit, as opposed to beer, which must be at least 51% grain. He and Cameron plan to use mostly apples in their cider, as well as pears, with a focus on those grown throughout the Southeast.

The process of making cider is slightly different from that of making beer because sugar is already present in the fruit and does not have to be extracted, as it does from grain. But it does still need to ferment, similar to the way the juice from grapes is fermented during the winemaking process.

One of the benefits of cider is that it’s naturally gluten-free. Wrightsville Beach Brewery currently serves two certified gluten-free beers, both of have been very well received, according to Watkins.

“It was a very painstaking process that required months of research on the part of our headbrewer, Kevin Zelnio,” Watkins said. “Not only did we have to find a gluten-free malt house, but we also had to be meticulous about cross-contamination. In the end, the beers cost us about five times as much to make.”

Watkins said that once the new facility is open, they will be able to expand their capacity for brewing gluten-free beer because there will be dedicated equipment where issues such a cross-contamination will be resolved.

As far as the location, Watkins said that not only is Leland growing, but with a high population of retirees, the brewery will tap into the market of one the fastest growing craft beer consumers – baby boomers.

“This is the logical next step,” Watkins said.

Brunswick Beer and Cider Company is expected to open by late 2020 to early 2021.

"Brunswick Beer & Cider Company will join 7twenty6 Brewing Co., which plans to open in late 2020 on a 5-acre site on Old Fayetteville Road, in expanding the craft beer movement into the northern area of the county," the town of Leland release stated.