Officials with Wrightsville Beach Brewery, 6201 Oleander Drive, have announced a major expansion to its production capacity.

The brewery recently acquired two 40-barrel fermentation tanks, which might be two of the largest tanks to ever be installed in Wilmington, according to owner Jud Watkins.

“We have been incredibly fortunate to be well received by our local community and our beers have been in high demand,” Watkins said. “We are having trouble keeping beers on tap so we felt it was the right time to grow.” 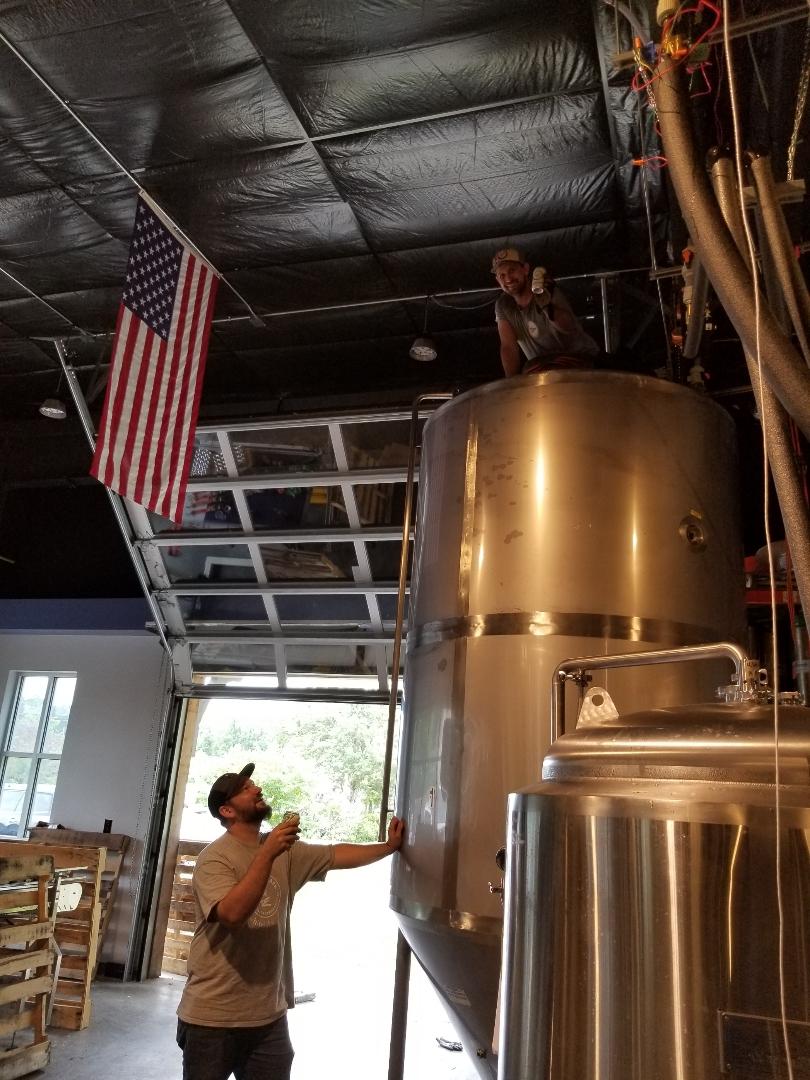 “The driving factor behind bringing in two huge new tanks is the demand for our flagship beers, notably: Kölsch Krush, Signal Fire Session IPA and Airlie Amber Ale,” said Kevin Zelnio, director of brewing operations at Wrightsville Beach Brewery.  “We can hardly keep those three beers in stock, which is a great problem to have, but we don’t want to run out of beer and disappoint our fans so it’s time to expand."

Zelnio and Watkins said they’ve brewed the first batches of Kölsch Krush and said they are thrilled with the results.

“The first batch knocked out super fast, and the clarity of the Kölsch is brilliant,” Watkins said.

The first batch of Kölsch will be released this week, with half of it going into cans and half to kegs.

Wrightsville Beach Brewery is a full-service brewery and restaurant open seven days a week from 11 a.m. to 11 p.m. Their beers are available in the taproom, as well as around town at restaurants, bars, bottle shops and select grocery stores.