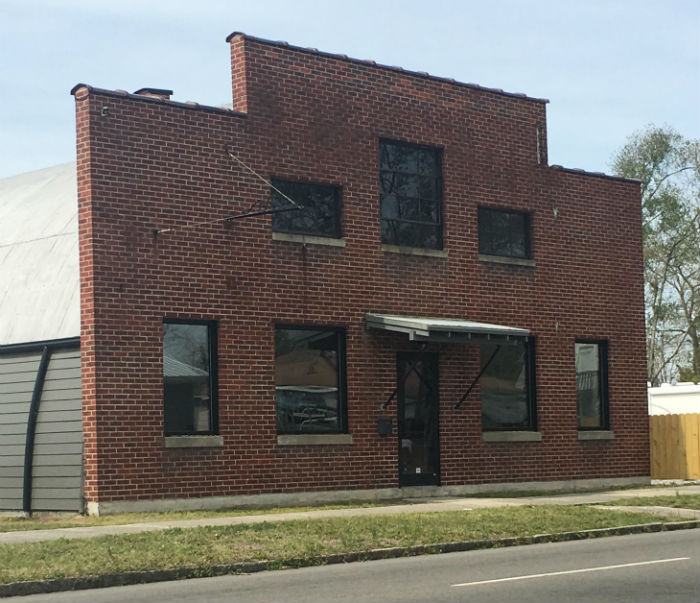 The first Bespoke Coffee & Dry Goods Outpost is expected to be located in the Quonset hut at 348 S. 16th St. in Wilmington (Photo by Jessica Maurer)

When Bespoke Coffee & Dry Goods owner Chris Batten developed the business plan for his downtown cafe and retail outlet, he did so as a branding exercise.

“I wanted to see how people would respond to it,” Batten said. “I’m not so much a coffee guy as a guy who likes to create creative environments.”

Creating “outposts” of Bespoke was an integral part of his original plan. Batten said he always planned to be able to develop small, curated spaces outside his downtown hub.

Batten is currently working on the first of his outposts, to be located at the front of the Quonset hut at 348 S. 16th St.  The building is part of the Cargo District development project, spearheaded by Leslie Smith of L.S. Smith Inc.

The outpost will be comprised of a cafe serving Counter Culture coffee and a gathering space designed as both a communal workspace and a social gathering spot with indoor and outdoor seating. It will also contain a coffee lab for demonstrations, classes and private events, as well as a kitchen housed inside a shipping container.

“The kitchen will be designed like a food truck without wheels,” Batten said.

While the menu is still in development, Batten said he wants to serve meals that are inexpensive enough that people can afford to come multiple times a week.

“I won’t sacrifice when it comes to ingredients, but I believe in keeping things affordable,” Batten said.

Also planned for the Quonset hut building is a bottle shop and bar called The Alcove, which will be situated across from Bespoke’s kitchen, and a large outdoor patio and food truck pad.

Batten said that much of the inspiration for this section of the Cargo District comes from the Pop Brixton community project in London.

“This is going to be a very multi-faceted space,” Batten said. “Unlike anything anywhere else in Wilmington.”

Batten plans to open the coffee counter as soon as possible, hoping to have that up and running by mid to late April while the kitchen and the rest of the building are completed.

“There are already people living and working here in the Cargo District and we’re anxious to start serving them, as well as bring in people from across the city to see what’s happening here,” Batten said.