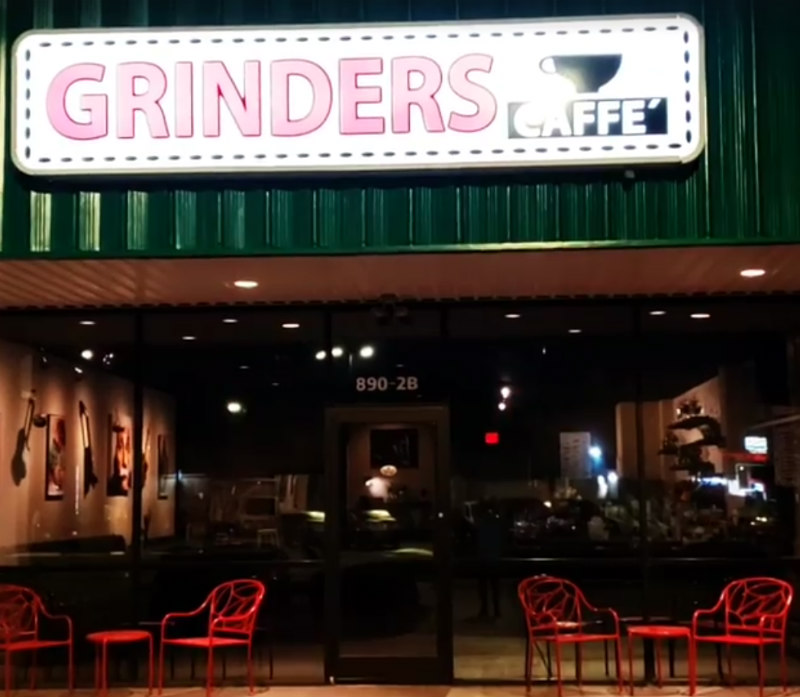 Leah and Tony Brannock founded Grinders Caffé at 5032 Wrightsville Ave. in 2011, and quickly gained a loyal following. Leah’s first job had been as a barista in the very same building when it was known as The Smudge Pot, and Tony had owned a recording studio just a few doors down. As fate would have it, this is where the two met, and they would not only marry, but eventually establish their own coffee shop.

“We’re still grieving the loss of that space,” Leah Brannock said. “It’s hard not to be emotional about a place that has such history for us.”

She said the building’s roof was destroyed early on in the storm, and the rains that followed did irreparable damage to just about everything inside.

“The only things that could be saved I was able to carry out in my own two hands,” she said.

Despite the devastating loss, Leah Brannock said she is looking at it as an opportunity to grow in ways they may not have been able to prior to the storm.

“This space is a third bigger than the space we had before, and it allows us to have a small stage for our open mic nights and musical performances,” she said. “It also allows for a larger area for us to display nibbles from other area businesses, because a coffee shop has to have nibbles.”

Those nibbles include a wide variety of breakfast and lunch items from local eateries such as The Veggie Wagon, Spoonfed Kitchen and Donut Inn.

“It’s the support of our customers that fueled us throughout all of this,” she said. “It was a customer that led us to this new space and our customers have been so patient and so kind. We’re fortunate to be a part of such a supportive community and want to provide a safe, comfortable environment and place of engagement and self-expression.”