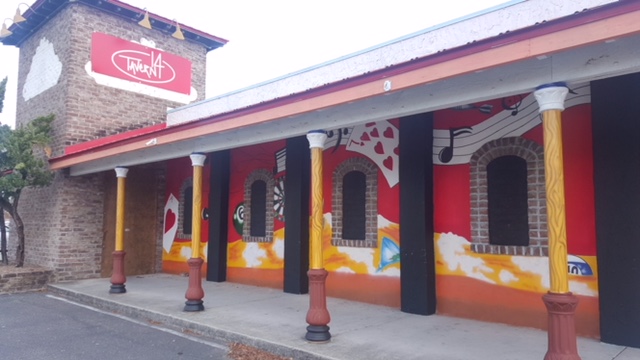 Tavern 14 on Market Street sustained damage as a result of Hurricane Florence. (Photo courtesy of Tavern 14)

The impact of Hurricane Florence on area restaurants was far reaching, from the loss of perishable products and structural damage to the loss of revenue. Many independently owned establishments are struggling financially.

Bassam Safi, owner of the Wilmington branch of Our Town America, a national marketing company that targets new residents, was inspired by the company's past efforts to help hurricane victims. Our Town America franchise owners hosted Facebook fundraisers following hurricanes Irma and Harvey, to help businesses impacted by the storm, and Safi said he wanted to follow suit.

Safi’s Hurricane Florence Facebook fundraiser generated more than $1,500, which he said he will be donating this week to Tavern 14, located at 6309 Market St.

In addition to the mounting repair costs, Nagaishi estimates a loss of $4,000 in food and $8,000 in liquor, beer and wine. While her employees are currently receiving unemployment benefits, she is concerned that the longer she remains closed, the fewer of her employees will be likely to return to the tavern.

Nagaishi began working at Tavern 14, formerly a private club that operated under a number of names for the past three decades, when she moved to Wilmington six years ago. At that point it was located across the street at 6320 Market St. She purchased the business two years ago and when the building was sold this past spring, Nagaishi moved to the current location and integrated a kitchen.

When she reopened June 1, she began working with Safi on targeted advertising to capture new business as well as keep the loyal clientele she had worked hard to build.

“I invested everything into the move and took out a loan to add the kitchen,” Nagaishi said. “So for this to happen three months later is really devastating.”

Nagaishi said she learned of Safi’s efforts and the money she would be receiving from the Our Town America corporate office.

“I wasn’t surprised that Bassam was behind the effort, but I had no idea he was doing this with us in mind,” Nagaishi said. “He truly embodies the local spirit of taking care of one another.”