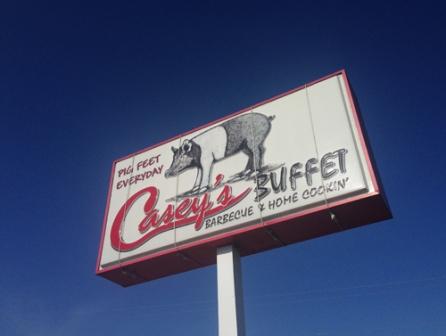 (Photo by Liz Biro)
The website Thrillist on April 28 named Casey’s Buffet among “21 of the best soul food kitchens in the country.”

Thrillist called Casey's “the real-deal, a soul food-lover's dream come true, and the perfect testing ground to the uninitiated, since they have pretty much everything: fried chicken, chitterlings, fatback, chops, okra ... you name it. Unlike many buffets, everything is fresh, hot, and scratch-made.”

The website, which distributes daily emails featuring its content, is published by Thrillist Media Group. The company defines itself as being “obsessed with helping guys live fun lives and reaches over 9 million of them across the globe, every single day.

“Seamlessly blending content and commerce, TMG digs deep to inform guys how to best spend their time and money across the lifestyle categories they care about most.”