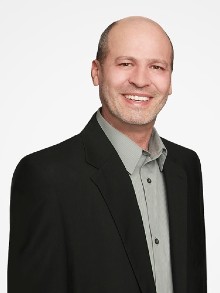 That effort has started with Redfin agent Ken Fitzpatrick, who is based in Sneads Ferry but covers "quite a bit of territory," Fitzpatrick said, from at least Jacksonville to south of Wilmington. The company will "see what kind of traction we get on it and that'll help us determine how many agents we need to put along the coast here," he said Thursday.

Fitzpatrick works remotely for Redfin, which describes itself as "a tech-powered real estate company." Whereas before, when potential homebuyers and sellers in the region looked for agents on Redfin's website, they'd be connected with partner agencies, Fitzpatrick said Saturday's local Redfin launch means the site will bring up his name.

And while the housing market has cooled off in recent weeks, Fitzpatrick said he expects the coastal Carolinas to remain consistent as investors with disposable income and other buyers continue to want to buy here.

“As one of the fastest-growing areas in the Southeast, Wilmington is the perfect place to jump start our presence in coastal North Carolina, building upon our significant footprint in the Charlotte and Raleigh-Durham areas,” said Eddie O’Dea, Redfin’s market manager in Raleigh, in a news release. “We’re excited to help the diverse group of buyers and sellers in the area, including second-home buyers in the beach communities and the service members and veterans near the region’s many military bases.”

Rather than working as independent contractors, Redfin agents "are employees, who earn a salary, benefits and bonuses for closed sales. Redfin agents meet customers through the site and app, which lets them focus on serving their customers, rather than spending time finding new ones," the release stated.

Launched in 2006, the company serves more than 100 markets across the U.S. and Canada, according to Redfin, and it employs more than 6,000 people.