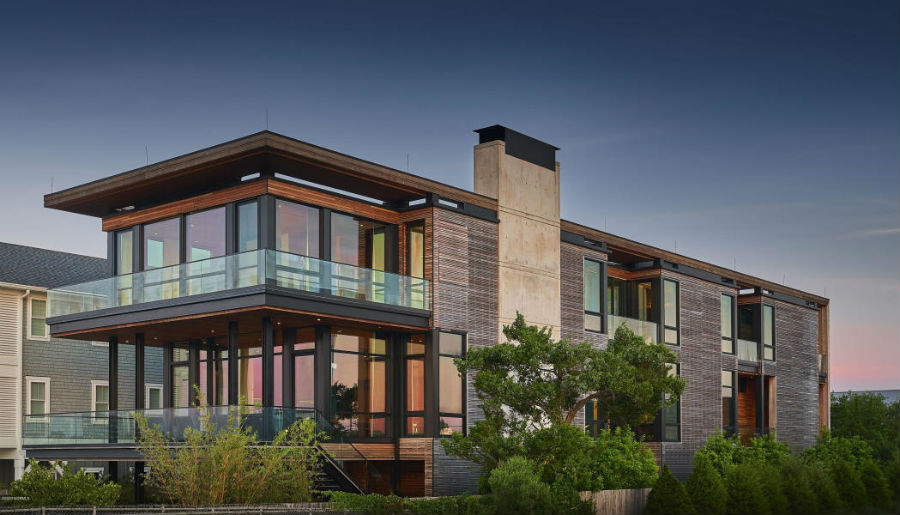 The custom-built, three-story house at 1 Auditorium Circle has four bedrooms and four bathrooms and sits off Causeway Drive. The builders incorporated 187 tons of structural steel and 167 prestressed, DOT-certified concrete bridge pilings into the more than 8,600-square-foot structure, which was built in 2019.

At $16.49 million, it's the highest-priced home for sale in North Carolina, said David Benford, who is one of the listing agents along with Sam Crittenden, both of Wilmington-based Landmark Sotheby's International Realty. A report from July 2 showed the previously highest-priced North Carolina property at the time, which includes two homes on the outskirts of Raleigh, was listed for $10 million.

"Based on the quality of materials, based on homes on the East Coast and based on a few within our region, we were able to come up with a price that we think is really fair," Benford said of the Wrightsville Beach property.

It's attracting potential buyers from all over North America, he said.

"I would say the number of showings that have been requested in the past 24 hours are representative of the price being fair," Parker added.

He said the most unique aspects of the Wrightsville Beach house are "the quality of materials and craftsmanship" that went into its creation.

According to marketing materials, the home was inspired "by the postwar phenomenon known as tropical modernism and the designs of mid-century Hawaiian modernist Architect Vladimir Ossipoff."

The house was built to withstand a Category 5 hurricane, said Parker, in a WilmingtonBiz Magazine item on the home in 2019.

Other touches include a 25-meter lap pool, cast-in-place concrete elements and a 17.5kW solar system, as well as geothermal heating and cooling.