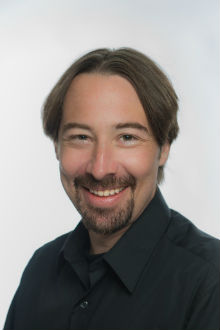 Officials with the United Way of the Cape Fear Area announced Friday their selection for the organization's CEO.

Tommy Taylor, who was serving as interim CEO, has been named to the post, effective Thursday.

“I am thankful to be able to see the good side of the world that many people do not get a chance to experience and to be able to be part of the solutions to our community’s deepest problems,” Taylor said in a news release.

From Manfield, Ohio, Taylor moved to Greensboro, where he earned his bachelor's degree in psychology at Guilford College. He then moved to his favorite vacation spot, Wilmington, and has served the Cape Fear community for over 18 years, according to the release.

Taylor's career includes working at the Food Bank of Central and Eastern NC for six years.

After tripling food distribution and doubling revenues, he went on to accept the role of vice president of community impact at the United Way of the Cape Fear Area, the release stated.

Most recently he achieved his masters of public administration at the University of North Carolina Wilmington, according to the release.

Taylor "is committed to creating solutions for the most prominent issues that the Cape Fear community is facing today," stated the release.

During his tenure at United Way of the Cape Fear Area, Taylor has been key in launching several successful initiatives, according to the release. They include Best for Kids, Hometown Hires, Ten Year Plan to end Chronic Homelessness, Blue Ribbon Commission and the Cape Fear HealthNet.

The release stated that the United Way of the Cape Fear Area has established a COVID-19 Emergency Fund. According to the release, the fund will provide flexible resources to current partner organizations working with communities that are disproportionately impacted by the novel coronavirus and its economic consequences.

"The fund is designed to complement the work of the public health officials and expand local capacity to address all aspects of the outbreak as efficiently as possible," the release stated.