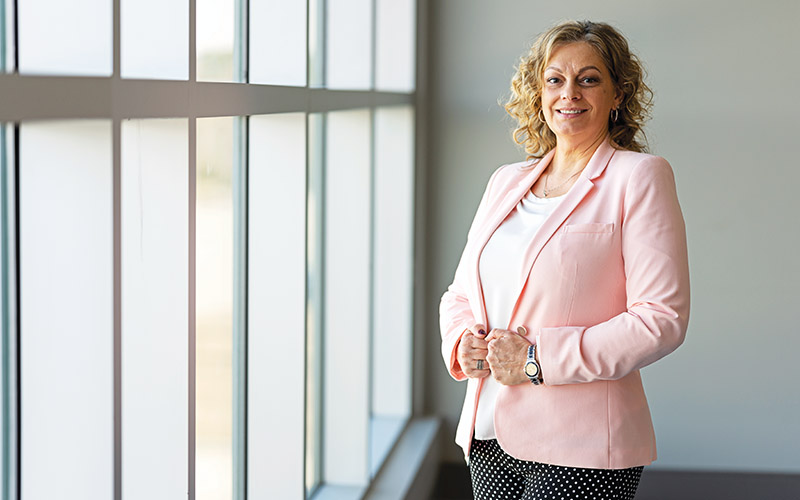 “I am a positive person by nature, and I am also a fixer. If there is an issue that needs to be addressed, I will work to fix it. Now, two months into this job, I am 100% invested in Wave and the positive role that transit has on the whole community,” Parker said.

Parker, who took the helm Dec. 7, points to the necessary part public transportation plays in getting people to work, to doctor’s appointments and, more recently, to receive their COVID-19 vaccinations.

Transit “is integral for the entire community,” Parker said. “Almost 80% of riders depend on transit wholly, but if it does not affect us directly, we need to be inclusive for the economy because we want to make sure that people can get to work. That affects us all.”

In her first year, Parker will face many challenges as Wave Transit hits “the reset button” reducing coverage area and service. In subsequent years, Parker said, the system will focus on growth.

“We want to attract riders, both the choice riders and those who depend on it. We want our transit to grow at the same rate as the city,” Parker said. “We have a newer fleet and three beautiful facilities for the community to utilize.”

It is safe to say that Parker knows the transportation industry from the inside out.

Transdev is the contractor responsible for oversight and management of GoRaleigh, the public transit system in Raleigh. She served in the general manager position for five years before coming to Wilmington.

“I worked my way through the ranks; I did not come in at an executive role. I am a little bit of a unicorn because I know the finance, the operations and the administrative sides of the system. Knowing the back end gives me an advantage,” Parker said.

That knowledge will guide Parker through the challenges that Wave Transit faces as it restructures its services this year. Last fall, prior to Parker’s arrival, a decision had been made to “shrink the system” due to budget constraints.

“In this first year, we will focus on how to adapt the network redesign with the substantial decrease in service,” Parker said.

Once the redesign is accomplished, Parker trusts the short-term solution will reveal “that the service is needed and relevant,” and the city and county will be able to find the appropriate funding sources to support the system and its future growth.

Currently, there is no dedicated funding source for Wave Transit.

“I have full faith that it will be figured out and we can focus on growing the system. We do not want our transit system to lag behind the growth of the city,” Parker said.

“It may be culture shock for those who have transit experience and knowledge and want availability and want access, and it is not here,” Parker said.

Traffic is a concern that many area residents have pointed to, and more people means more cars on the road. Parker sees it as more than just an inconvenience.

“The number of cars on the road is just outstanding. This can decrease the livability and air quality with all the output from exhaust on the road,” Parker said. “We run clean vehicles, and we want to preserve the integrity of our transit.”

Through a “micro-transit” system, Wave Transit is creating a service similar to Uber that will allow customers to schedule rides up to two weeks in advance.

“We will use our current vehicles and retain employees to provide service, on demand, as needed, as opposed to hoping there’s a demand,” Parker explained. “It is more cost-effective, and we will be able to be more flexible and go farther than the primary corridor.”

Since there may be a learning curve for some riders who will need to transition from their canceled routes, Parker said they are focusing on educating riders on how to use this new app-based service.

“It may be a challenge for some people who utilize the transit now, so we are spending a lot of time educating them with a ‘Transit 101’ to help with the transition to the very user-friendly app-based service,” Parker said.

The new service will be available Aug. 15, a date that Parker pushed for to connect with the community and align with the University of North Carolina Wilmington’s fall back-to-school schedule.

Currently, Wave Transit’s Paratransit program is booking appointments for riders who need transportation to and from their vaccine appointments. This program was in response to the state and federal promise to ensure transportation for everyone who needed it to receive vaccines.

“We put a plan in place immediately,” Parker said. “We put in the hard work to make this work, but we wanted to make sure that transportation was not going to be a prohibitive factor.”