How ILM Prepared For Presidential Visit, Air Force One 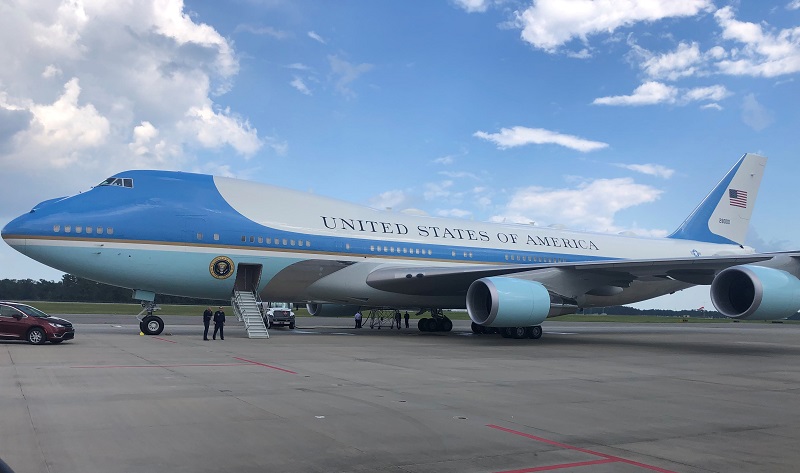 Air Force One arrived at the Wilmington International Airport on Wednesday for President Donald Trump's visit to the area. (Photo courtesy of ILM)
The arrival of Air Force One and President Donald Trump to the Wilmington International Airport this week is an event airport officials will remember for years to come, said Julie Wilsey, ILM's airport director.

Airport officials had just days to prepare. The president first arrived at ILM on Wednesday morning before heading to the Battleship North Carolina, where he gave a speech that included officially designating Wilmington as the nation's first WWII Heritage City.

The airport was notified late in the day Aug. 28 of the president's planned arrival, said Kenny Smith, ILM's operations supervisor.

Smith was appointed ILM’s liaison and worked to organize the logistics and operations to host Trump and White House staff at the airport.

"I was honored when ILM appointed me to be the liaison for the airport. I worked very closely with the Secret Service and many other agencies that were assigned to this event to ensure the safety and security of the President of the United States," Smith said in an email.

Smith, for example, worked with the presidential advance agent for Air Force One and coordinated a visit to ILM to make sure ILM's airfield could accommodate a 747 aircraft. 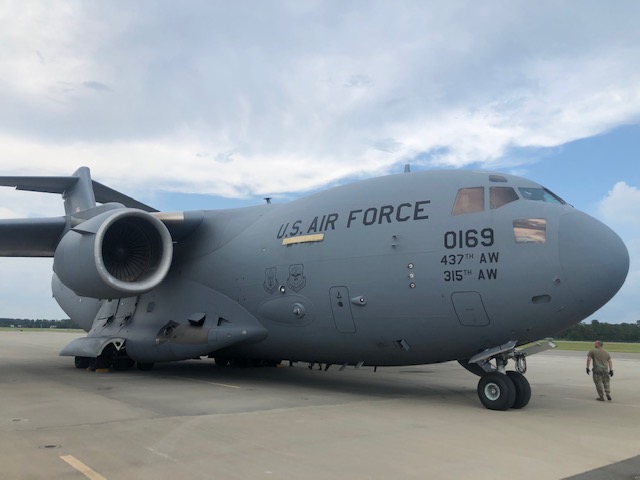 ILM also had its regularly scheduled team on hand and brought in two additional firefighters so the airport could maintain its daily operations and offer any additional assistance as needed, Smith said.

"As an airport, it was an honor to host Air Force One with the president, specifically the 747 model," Wilsey said. "ILM staff and tenants worked very hard to accommodate the special VIP visit and continue airport operations."