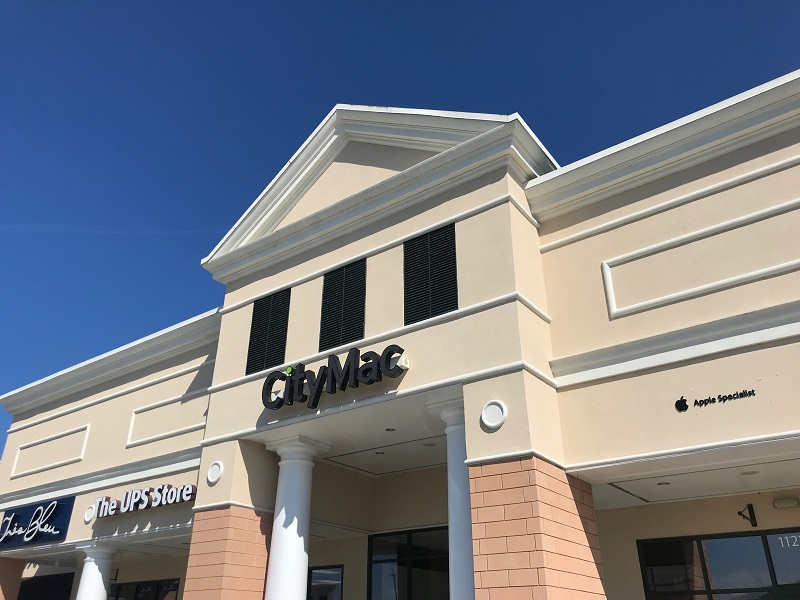 City Mac, a tech shop and reseller of Apple products, left the shopping center in late March after leasing the space since 2013, said Sam Lathan, director of property management for Swain & Associates.

“It’s my understanding that City Mac as a whole has gone out of business,” Lathan said. “And that was pre-COVID.”

Calls to City Mac about the closing were not successful Friday.

The property, at 1121 Military Cutoff Road, Suite A, is now being leased by Swain & Associates, which has already seen interest.

There is 3,260 square feet of space open in the former City Mac spot, he said.

There is also a patio concept on the side of the property, which would also work well, he said.

Many restaurants are utilizing outdoor seating as state restrictions during the COVID-19 pandemic restrict restaurants' indoor capacity to operate.

“Restaurants are going to be looking for outside seating and this already has that incorporated in," Lathan said. “My vision and the interest so far has been food service, utilizing the patio, with another retail taking up the remainder of that space."

The firm plans to split the space between 2,010 square feet on the patio side, and 1,250 square feet for the remaining portion.

“The Forum is very unique in that the majority of our operators are owner-operator, locally owned,” Lathan said. “We’ve seen our merchants really adapt and thrive as locally-owned businesses here. We've seen them do some really creative things and get through this."

On Wilmington's Pointe 14 movie theater, a Q&A about the pandemic's impact