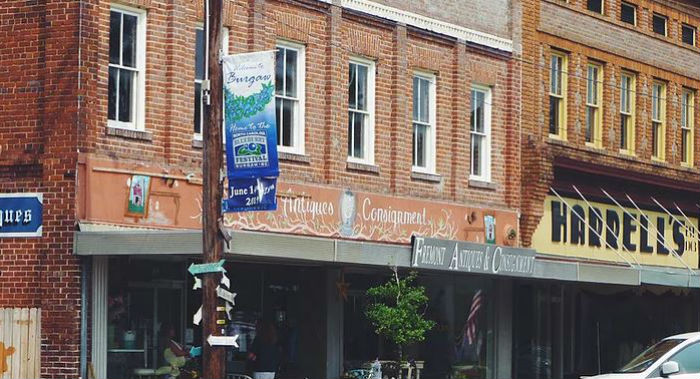 The campaign is the brainchild of Richard Johnson, Wilmington resident and entrepreneur who founded and sold HotJobs.com to Yahoo in 2001 for more than $400 million.

Johnson owns Penderlea Farms, a 500-acre tree farm in Burgaw. While traveling to his farm, Johnson said he saw how businesses were shuttering over the years.

“He watched a lot of the different businesses closing their doors,” said Katherine Stockhecker, operations manager with the Burgaw Now organization. “It seemed that there were less and less businesses in that downtown district. He was just looking at this town that is so picturesque, charming and the people are all lovely and he just hated to see it declining. He wanted to do something about that and turn the tide on what we've been calling the ‘Burgaw Bump.’”

A couple of months ago, Johnson decided to start the Burgaw Now organization and campaign, which will feature a website with a blog, videos and stories on Burgaw, its businesses and people. 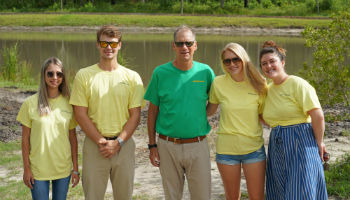 The organization, which has four full-time and two part-time employees, is working on increasing its website visibility through search engine optimization, she said.

“We want to bring businesses back into the downtown area with the hope that more and more businesses will come and that it will end up being a destination and a flourishing small town where people want to go for the weekend,” Stockhecker said.

To actively bring more businesses, Burgaw Now has purchased four buildings, with plans of purchasing two more, that will be renovated and leased to businesses that share the same affinity for Burgaw the organization has, she said.

“We're going to be covering a lot of the renovation costs upfront because we want things to succeed,” Stockhecker said. “We’re not only buying the buildings and then leasing them to people and being like, ‘Here you go, good luck.' We're actually working on the design, the renovation and the construction very closely with the people who will be eventually leasing from us.”

Burgaw Now has been working with two new restaurants, Burgaw Brewing Co. and Fat Daddy’s Pizza, both planning to open their doors in January.

Burgaw Brewing is owned by Robin and Artie Hill, owners of Panacea Brewing Co. in Wilmington that makes kombucha. It will be at 103 S. Wright St. in the old Tim’s Heating and Air building, Stockhecker said.

Fat Daddy’s Pizza is owned by Jay Kranchalk and will be at 103 W. Fremont St.

While the organization is private -- it’s not actively working with the town or county -- its focus will be on what’s best for the residents of Burgaw, Stockhecker said.

“Our goal is really the town promotion and to have people engaged in social media as well. I think that's just one of the best ways to get things out there these days,” she said. “So, we're going to be cross-hosting all of our media. One of our hopes to have this visual and written diary of what Burgaw is to allow people to have a window into the town.”

One of the posts already up on the site is an interview with Burgaw Mayor Pete Cowen.

Burgaw Now employees will be at the N.C. Blueberry Festival this weekend to let people know about the campaign and give away stickers and other small items.

“I think this first step is just getting people to even know that we exist,” Stockhecker said. “We're not trying to come in too hard or with big plans. It's really just about like ‘Hey, we love Burgaw, we're here and we want to promote the town.’”