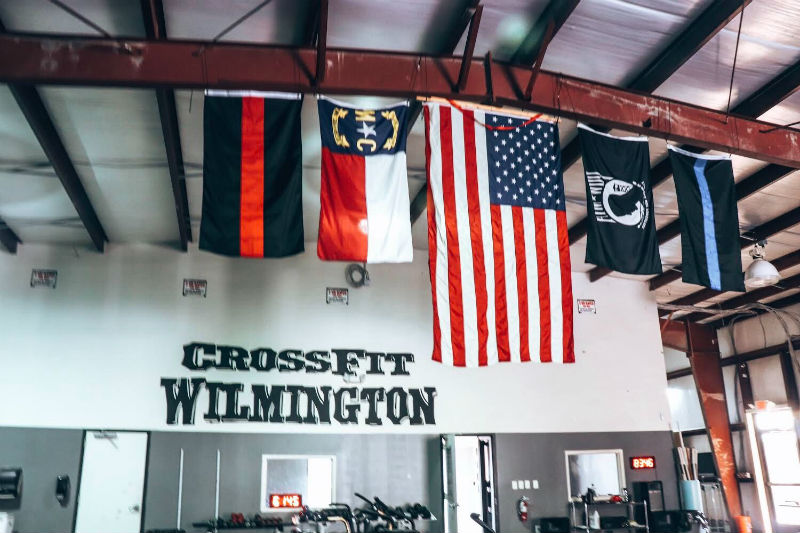 CrossFit Wilmington owner Lauren Linett said they decided to relocate the gym to downsize and make better use of space. (Photo Courtesy of CrossFit Wilmington)
One new business is opening, and one is relocating in Wilmington, both with the goal of providing more options for workouts and recovery in the area.

CrossFit Wilmington, which opened in 2008, relocated to 3112 Kitty Hawk Road from 2020 Capital Drive to downsize and make better use of the space available, owner Lauren Linett said Wednesday.

“There was a lot of unused space in the original building and we wanted to keep the community feel. Moving to a smaller space was a financial decision and we could do more with the space we have,” Linett said.

Since moving to the new space, 20 new members have joined CrossFit Wilmington.

CrossFit has been getting more attention as a workout option in the Wilmington area, Linett said.

“People are starting to get more and more interested in CrossFit for their everyday functional living. It's for everybody including older people, younger people in college, moms, grandpas. The word is getting around that CrossFit is a type of exercise that anyone can do, and we are all like a family because we work out together,” Linett said.

With the new location open, Linett hopes to hold events for CrossFitters and those interested in joining.

Cryotherapy involves the use of freezing temperatures as a form of physical therapy.

"He wanted something close to Oleander and Wrightsville beach," DesChenes said. "He would go to Monkey Junction to get a massage and then to Landfall for Cryotherapy and he thought, 'Can't it be under one roof?' That's why he decided to create his own spa."

Cryotherapy is typically popular among athletes.

“We have a lot of interest from the sports community because they want to recover quickly,” DesChenes said. “It takes less than three minutes and is more effective than an ice bath or jumping in the ocean. People like it because it’s easier to do and it's less time.”

Other demographics in the Wilmington area, however, are starting to try the therapy.

“We have been asked if it’s for everybody,” DesChenes said. “We have people as young as 11 up to 70 that have used these services. It's not just for physical recovery but also for mental recovery and unplugging from the overstimulation of life."