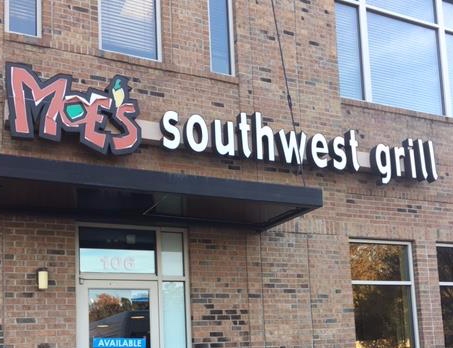 Moe’s Southwest Grill has closed its store at 1427 Military Cutoff Road as part of the fast-casual restaurant’s rebranding, according to local managing partner Johnston Sifly.

Sifly said last week that the lease at this location was up, and he, along with company officials, decided to close the store as they search for a new location.

“You see how the Oleander store is different?” Sifly said. “The Moe’s brand is rebranding all our stores.”

The company’s rebranding began last year with a new orange and turquoise logo that replaced the red lettering with a chili pepper apostrophe.

Moe’s Southwest Grill president, Bruce Schroder, told National Restaurant News that the restaurants décor was dated and the company was looking to make it more contemporary and sustainable.

Moe’s is also rolling out a new salsa bar at its new and newly remodeled stores called “Land of the Free,” which emphasizes Moe’s free chips and fresh salsa with more variety.

Sifly said he is still seeking a suitable location for another Moe’s in Wilmington, but meanwhile, customers can enjoy many of the chains recent upgrades at the 7122 Market St. and 3512 Oleander Drive locations.