Marsello’s To Offer Casual Italian Dining On The Riverfront 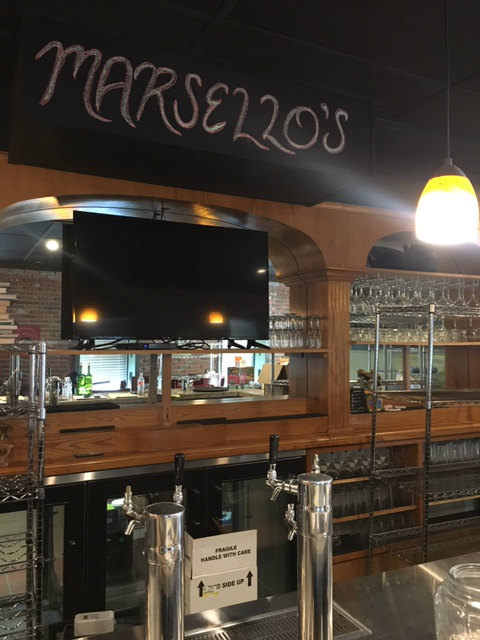 The property was purchased by 2 Market St. LLC, a company managed by real estate broker Todd Toconis of Town & Country Real Estate, early last year. At that time Toconis told the Greater Wilmington Business Journal that he was seeking an experienced restaurateur to lease the building.

Shortly after the sale, Toconis received a certificate of appropriateness from the Wilmington Historic Preservation Commission and began renovations, which Toconis said would include a new roof, the replacement of all doors and windows, pressure washing, new paint and new awnings.

The Christianas signed a lease in August, and shortly thereafter the building experienced significant flooding during Hurricane Florence, causing a delay in the remodeling of the kitchen, as well as the first and second floor dining spaces.

Since that time, the Christianas have done as much work as possible themselves, but admit that it has been difficult to find contractors and that they are already two months behind schedule on opening.

That being said, they are hopeful that the restaurant will open its doors by the end of February.

“They’ve got a tip-top location, and my partners and I wish them all the success in the world,” Toconis said.

The menu will focus on Sicilian-style pizza, salads, homemade appetizers, spaghetti and meatballs and a rotating daily pasta special.

Jim's and Barbara’s daughter Maranda Christiana will serve as the bar manager, and the restaurant’s name, Marsello’s, is a combination of her name as well as her sister Selena’s.