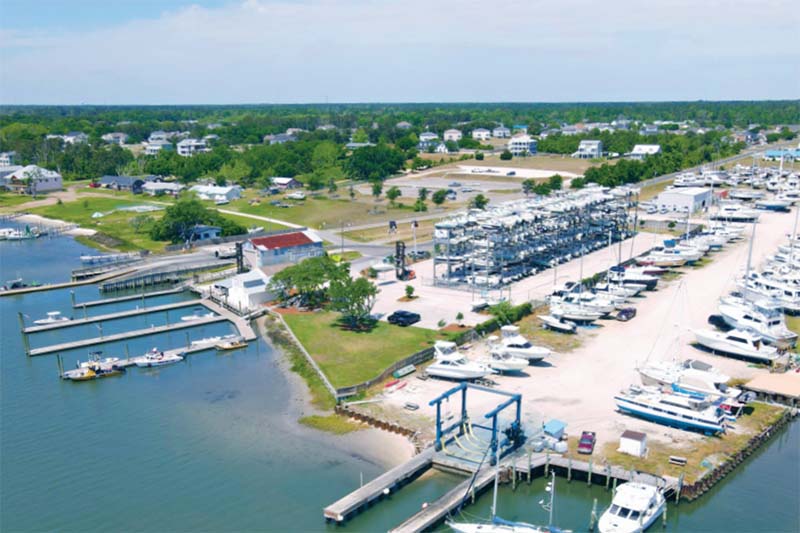 With 235 dry slips, the dry storage facility will transition back to a leasing model under the new ownership. Last year, Sloop Point Marina began offering its slips for sale, and about 90 in total were sold, according to an Off the Hook Yachts release.

Owner Jason Ruegg plans to remove the remaining slips from the market to be leased.

"I knew the slips would lease quickly, but I had no idea how much demand there was in this area until word got out that they were going back up for rent," Ruegg said.

Financial details of the sale were not available as of press time.

Founded in 2018, the facility is currently accepting reservations for 2023. Sloop Point Marina offers 25- and 30-foot dry rack storage spaces and an on-site market stocked with supplies and refreshments. Mobile fueling, two lifts and other amenities are also available to members at the facility, which fronts the Intracoastal Waterway.

In the future, the new ownership plans to add full service, boat sales and potentially a restaurant. Slip holders will receive a fuel and service discount, the release stated.

Off the Hook Yachts looks forward to expanding into the growing Hampstead area, and in the release, the firm stated, “it's comforting to know that there are no other properties nearby that could support another boat rack facility.”

Off the Hook Yachts was founded in 2012 and has grown to become the largest marine wholesaler in North America, according to the release. It is headquartered in Wilmington and has four other brick-and-mortar offices along the East Coast, with plans to soon open two more to serve its Gulf Coast clients.