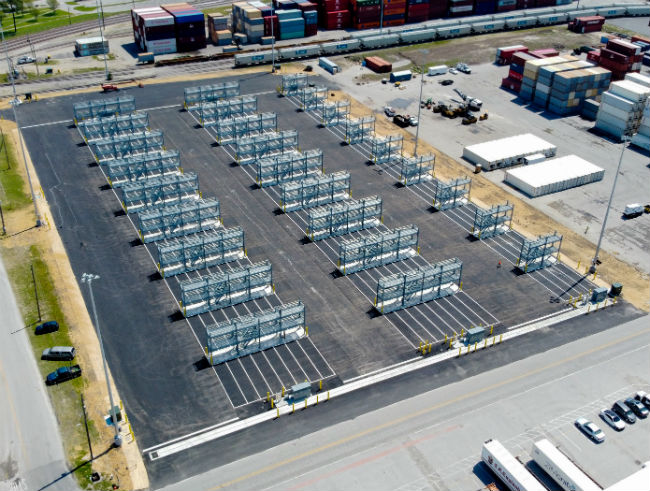 The project boosts the port’s on-terminal refrigerated container (reefer) plugs from 235 to 775 with the ability to expand to more than 1,000 plugs through Phase 2 of the project, a news release stated.

The $14 million construction project includes a new reefer service area as well as 27 reefer racks to support the stacking of refrigerated containers, the release stated.

The new yard is positioned near the Port of Wilmington Cold Storage. According to the release, the location consolidates all refrigerated cargo into one area, which helps enhance the port’s efficiency when moving perishable goods.

“Supporting the refrigerated cargo sector is a strategic goal for NC Ports. Our investment in the refrigerated container yard will help strengthen the Port of Wilmington’s position as a premier hub for perishables,” said Robert Wicker, chairman of the N.C. State Ports Authority Board of Directors, in the release.

The opening of the reefer yard comes as North Carolina Ports is experiencing unprecedented growth in the cold chain sector. Refrigerated container volume through the Port of Wilmington quadrupled from Fiscal Year 2014 to Fiscal Year 2019, according to the release.

Officials added, "FY20 year-to-date volumes have been trending up 30 percent as both export and import demand continues to grow."